Undergraduate research and creative work at UMBC has grown at a rapid pace over the past decade, but on April 25, April Householder wasn’t just thinking about how URCAD 2018 was the university’s largest yet. She was thinking about the talent, drive, curiosity, and hours upon hours of hard work that went into each project, and what that moment of delivering a talk or performing a dance or screening a film meant to each student presenter.

Householder, director of undergraduate research and prestigious scholarships, shared ahead of URCAD 2018, “I am most proud of the kinds of questions these students are asking in their research and creative work…UMBC undergrads are making change in the world.”

Throughout the day, students shared innovative work in venues across the university, including projects to tackle major challenges communities are reckoning with today. 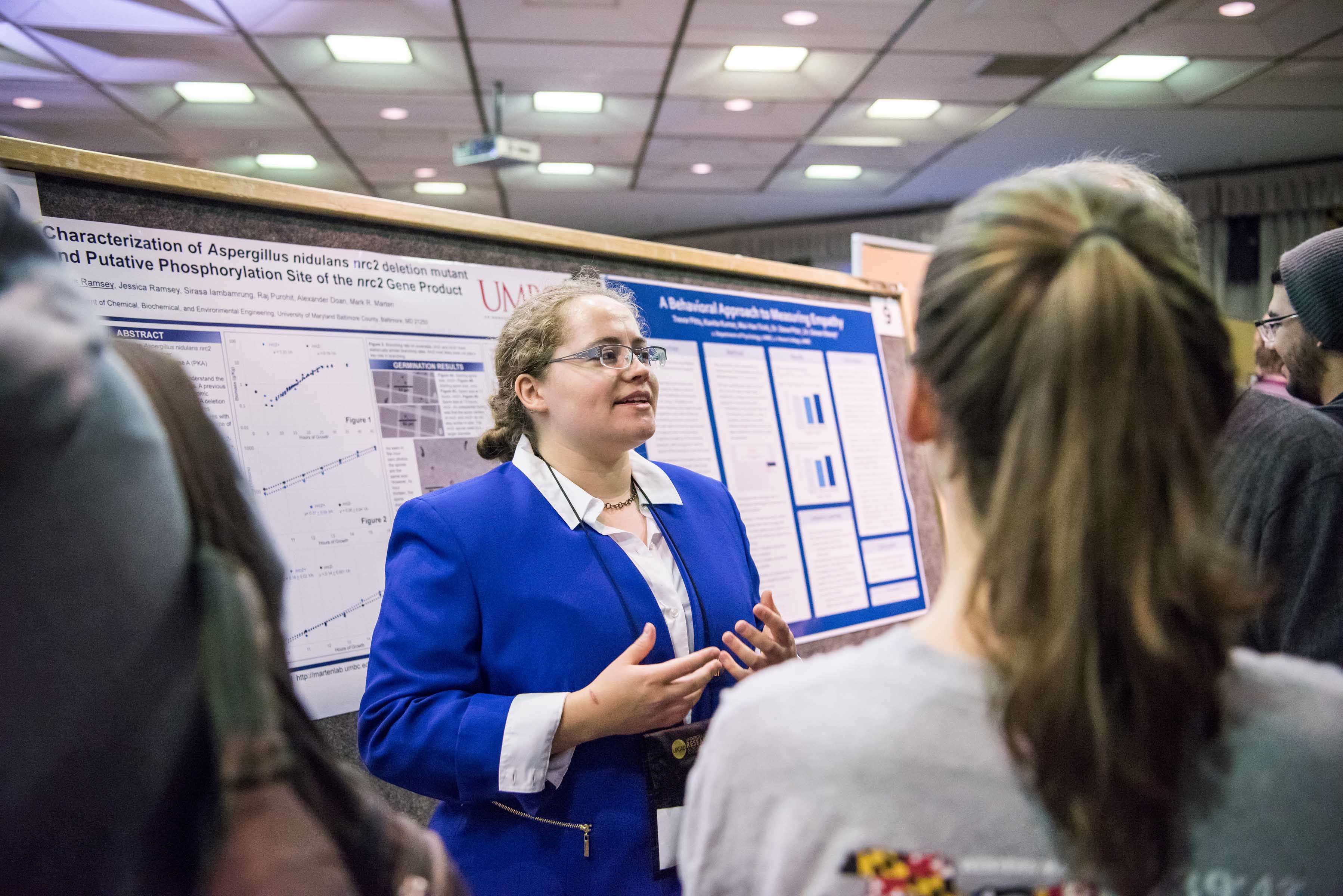 Alexis Ramsey ’18, biochemistry, works in Mark Marten’s lab on a very smelly fungus to learn about an important chemical pathway that is conserved in a wide range of species. “The work itself is kind of disgusting,” Ramsey says, “but the science behind it is so cool.”

Among the hundreds of student presenters this year were several multi-talented scholar-athletes, such as: 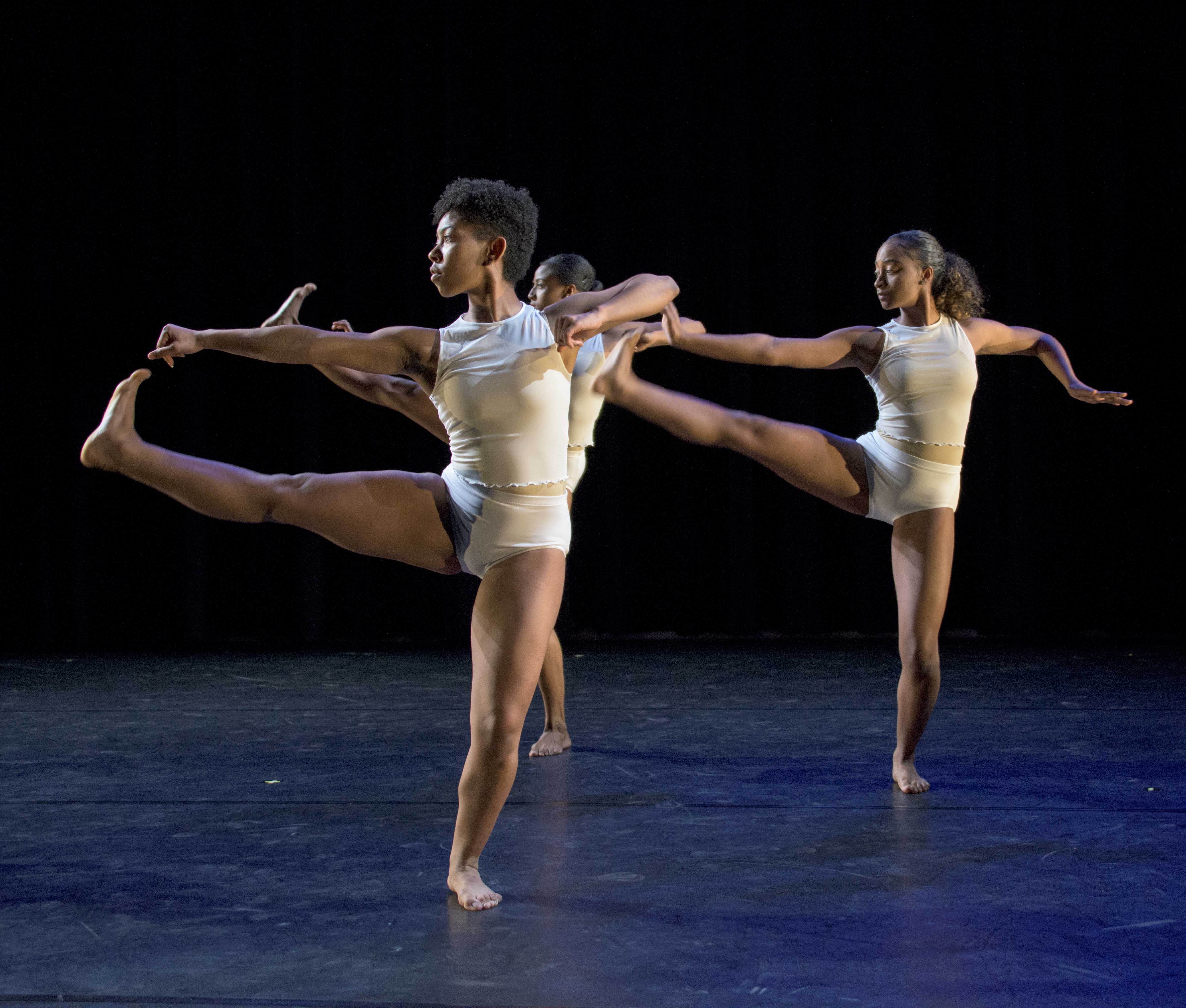 Maia Schechter ‘18, dance, (pictured in story header) presented Now Elsewhere, a performance she choreographed to explore the profound loss of loved ones, which will also be performed in June at the Kennedy Center as an official selection of the National College Dance Festival. Schechter shared, “I believe the movement and music work together to create a poignant journey that the audience can relate to.”

The large section of the UC Ballroom offered space for student researchers to demo and gaming and other interactive projects, and offer others the chance to play them and offer feedback. They included: 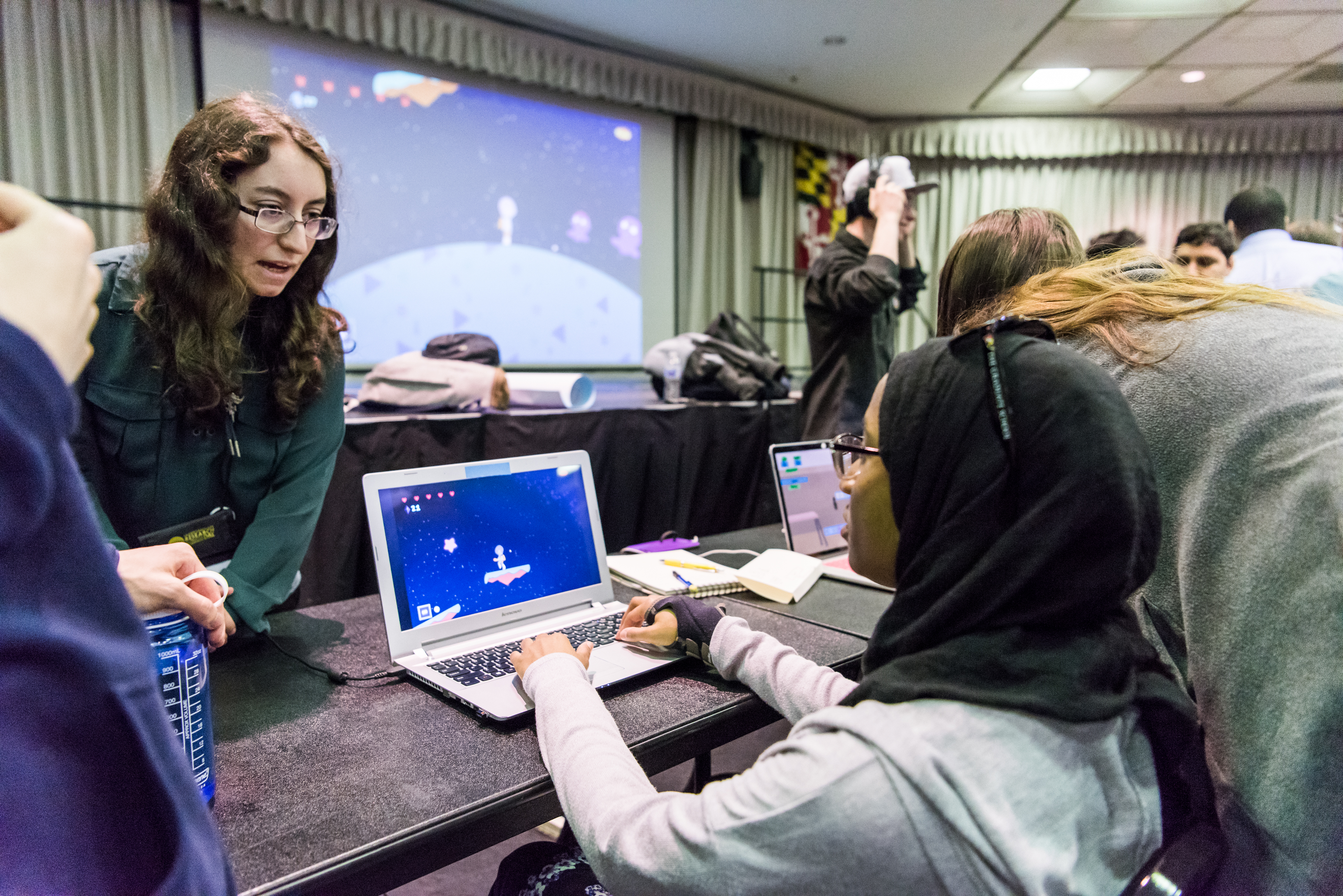 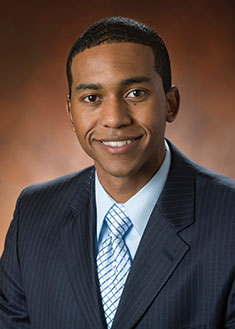 In addition to featuring the work of UMBC undergraduates, URCAD 2018 also highlighted advice from keynote speaker Isaac Kinde ‘05, biological sciences. Kinde received his M.D./Ph.D. from Johns Hopkins in 2015 and is now chief science officer for the biotech company PapGene, Inc., which focuses on cancer diagnostics products.

First and foremost, Kinde recommended that students commit early in their careers to pursuing work they are passionate about. “It’s important to think about what you want to do because you’re going to spend a lot of time doing it,” he said. “There’s nothing more valuable than your time.”

Now that more than a decade has passed since his own undergraduate days, Kinde also took a few minutes to reflect on how UMBC has changed and how it has remained the same. “Over the years, it’s been phenomenal to see how UMBC has grown,” he said. But one thing has held constant, Kinde reflected: “UMBC, even from before the first day, has always been about the people.”