More than 80,000 new voters in Washington, D.C. have registered since 2010, and rapid changes in the city’s demographics are being studied as experts analyze the upcoming Democratic primary in the race for D.C. mayor. 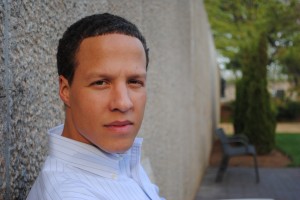 George Derek Musgrove ’97, history, assistant professor of history, was interviewed for a front page story published in The Washington Post on March 9. The article, titled “D.C.’s complexion is changing. Will the next mayor reflect that?“, examines how the upcoming mayoral election could reshape power and politics in the nation’s capital.

“The identity of the city since the ’60s has been ‘Chocolate City,’ ” Musgrove said. “The last thing keeping that identity intact is the mayoralty.” Musgrove, who lives in Washington and is currently writing a book on race and politics in the District, provided insight and historical context on changing political attitudes among residents in the nation’s capital.

“The passing of the civil rights-home rule generation brought us the children of that generation, including [former council members] Kwame Brown, Michael Brown and Tommy Thomas,” Musgrove said, and those sons of prominent civil rights-era political figures in the city, now disgraced former council members, “were miserable — and not just because they were caught stealing, but because they never had a vision for the city.”

In the article, Musgrove also pointed to a younger generation of voters and council members who are focusing more on economic diversity than racial identity. Young voters, too, “have very different notions of politics and race than the older generations did,” Musgrove said. “Young black professionals are willing to give Tommy Wells a fair shake.”

You can read the full article in The Washington Post here.