Students from across all of UMBC’s colleges and schools are graduating this week having taken advantage of the unique undergraduate research opportunities and supportive mentorship UMBC offers. They’re poised to take their research to the next level and move on to new challenges through graduate school and careers.

Cappabianca took advantage of UMBC’s individualized study program (INDS) to tailor his degree around his interests. As a U.S. Navy veteran, Cappabianca knows that coordination between the military and civilian relief groups in the aftermath of disasters is often clumsy. He also expects, as an aspiring Navy medical doctor, that he will be involved in these situations in the future. He wanted to find a way to improve outcomes in these situations, because, he says, “The end goal [is] helping the most people possible in the most effective way.”

“I realized that my background in the U.S. Navy provided me with a lot of unique experiences,” he shares, “and what I found in INDS was a way for me to bring those experiences into my education and claim my own degree.” His two degree mentors, Stephen Kosloski, joint director of Naval ROTC at UMBC and University of Maryland, College Park and Joby Taylor, director of the Peaceworker Program at UMBC, brought very different perspectives to his research.

“More often than not, the melding of their ideas was what got me to major breakthroughs in my research,” Cappabianca says. Learning to always consider multiple perspectives was one of the most valuable takeaways from his INDS degree, he adds. “I think it will fundamentally change the way you approach problems, even if it’s subconsciously.” He plans to pursue medical school or a master’s degree in emergency management.

Herrán also designed her degree around her experiences. Answering a call for more Spanish-speaking participants, she spent spring break of her first year at UMBC in Nicaragua with the UMBC chapter of Global Medical Brigades, a student-run organization committed to implementing sustainable health systems worldwide.

She noticed the relationship between water quality and community health in Nicaragua, and reflected on similar challenges she observed during her childhood summers in Puerto Rico and El Salvador (the birthplaces of her parents). “Coming back to UMBC, I thought, this is what I want to dedicate my life to,” she says.

Her degree has included courses in environmental science, sociology, research methods, and writing—even cartography. Why? Herrán sees significant overlap between study of the environment and public health, but, in practice, doesn’t see the fields as very connected in today’s world. She says, “I want to be in that overlap.”

“I think INDS has been crucial to my acceptance to graduate school, because it’s given me the opportunity to be intentional in my choice of classes, and to claim my education,” Herrán notes. “I knew that I wanted to pursue research and partner with communities, not just come in and tell them what to do,” she says. She has had the opportunity to take that approach in her undergraduate work.

This fall, Herrán will begin a Ph.D. at University of South Carolina as a Presidential Fellow in health promotion, education, and behavior.

Turner and Abdolrahmani also focused on issues close to their hearts. As a Sondheim Public Affairs Scholar and psychology major, Turner has studied community building in the context of reimagining public safety and justice.

“I’m really interested in the community aspect, alternatives to policing, and understanding how you build as a community and solve these problems without the use of force—with understanding and restorative practices,” she says. “I’ve grown in that way, and thought about, ‘What does abolition look like? How do we expand our thinking and make sure that we’re tapping into new ideas of how we operate with each other, and how we communicate with each other, and how we treat each other, rather than sticking to historical practices?’”

Her current research with Bronwyn Hunter, assistant professor of psychology, focuses on college students who have had parents incarcerated or struggle with substance use, and understanding the students’ ideas of what justice looks like. In addition to her work with Hunter, a Public Policy and International Affairs Junior Summer Institute at Princeton University “opened my eyes to how public policy works,” Turner says. Now, she’s asking big questions: “I’m trying to understand what the world could look like, and how do we get there?”

This summer, Turner is headed to Brown University to pursue a master’s of public affairs. “I’ve really enjoyed my UMBC experience. That’s why I picked Brown,” she says. “I felt like it had a lot of similar aspects to it as UMBC, so I want to continue that community feel and the support that I got here.”

Abdolrahmani has spent the last seven years investigating and developing assistive technologies for the blind community in the human-centered computing Ph.D. program. He decided to pursue a Ph.D. after being exposed to the field of assistive technology while working in his home country to improve the internet banking experience for blind customers. Intrigued and wanting to make a bigger contribution to the field, Abdolrahmani, who is legally blind, moved to the U.S. with his wife at age 36 to study with UMBC faculty in information systems.

“I wanted to understand how I could develop technologies to improve the independent living of the blind community or other people with disabilities,” Abdolrahmani says. He first worked on a project to develop a wearable indoor navigation assistive device. Later, he worked to enhance the user experience of mainstream voice assistants such as Amazon Alexa and Google assistant for the blind. And, finally, he brought the two together for his thesis project, which focused on the use of mainstream voice assistants for navigating airports.

Along the way, he learned that not only did blind people appreciate the technologies he was developing, but so did sighted people and members of other groups. His research “shows that these technologies have great potential for future use for different groups of users in different contexts,” he explains.

Now, Abdolrahmani is looking for roles where he can have an even more direct impact as a member of a product design team, “so that I can inspire more accessibility and inclusive design in products, to see that products are designed in such a way that people with different abilities can use them right away out of the box.”

A culture of supportive mentorship has helped sustain all of these students on their path to commencement. For Hana Flores, her first mentor on campus was none other than President Freeman Hrabowski.

The CEO of Prince George’s County Public Schools connected Flores with Hrabowski after hearing her deliver the valedictorian address at Bowie High School and learning that she would attend UMBC. On the day of their meeting, when Flores heard Hrabowski’s booming voice from the anteroom to his office, she was nervous. “But once he entered the room, any nerves I had went away,” she recalls. “He was so interested, and genuinely wanted to know what my goals and aspirations were.”

Soon thereafter, she joined the lab of Michael Summers, Distinguished University Professor of chemistry and biochemistry and Howard Hughes Medical Institute investigator. And she’s been conducting research with his team on the structure of HIV since.

Postdoc Pengfei Ding, in particular, spurred her growth by encouraging his mentees to contribute to the intellectual direction of the research, rather than simply teaching them specific laboratory techniques. “Dr. Pengfei Ding essentially was a catalyst for me to grow into a more independent researcher,” Flores says.

Her many professors in chemical engineering also had a role to play. “They are really focused on students being able to achieve. I felt comfortable going to office hours,” she says. “And I feel like they didn’t just care about me accomplishing in my classes, they also cared about how I was as a person.”

Flores has presented at national conferences, conducted summer research at MIT, and joined the UMBC Honors College and U-RISE Program. Shes also a contributing author for one published and two pending research articles. This fall, she’ll begin a Ph.D. at MIT as a Dean of Science Fellow, where she hopes to pursue interests in protein engineering and regeneration.

The power of mentoring

Herrán had support from research mentor Dawn Biehler, associate professor of geography and environmental systems, as well as her INDS and Meyerhoff Scholar communities. Biehler “is invested in her mentees and their growth and development, and she’s just incredibly kind and supportive,” Herrán says.

On her Meyerhoff experience, Herrán reflects, “I’m a minority in many aspects, and Meyerhoff is so beautiful, because it’s so rare to be in a cohort of more than 50 other students who are also minorities, who are also trailblazers within their families and their cultural communities. You relate to one another, you support one another—it’s a family for life.”

Abdolrahmani also received support from multiple angles. Stacey Branham, formerly of UMBC and now on the faculty at University of California, Irvine, “had a very deep trust in me and my abilities and my creativity for different research projects that we collaborated on together,” he says. Ravi Kuber, associate professor of information systems, was his primary advisor and “the first one who trusted me when I arrived in 2014.”

A strong believer in peer mentoring, Abdolrahmani thinks back to the supportive relationships he developed with both graduate and undergraduate students. With the undergrads, in particular, “I trained them academically, but also how to interact with me as a blind person, what kind of support I need,” Abdolrahmani says, “so I had the support that Ph.D. students need through the collaboration of my mentors and colleagues in the team.”

Turner’s research mentor, Hunter, offered valuable insights beyond their specific research project, supporting Turner as a whole person. “I’ve learned a lot from her about criminal justice and research and just about life,” Turner says of Hunter.

That support included walking her through the graduate school application process and providing an emotional anchor point. “I really appreciated her and the graduate students sharing their experiences,” Turner says. “She would also check in with me during our one-on-one meetings to see how I was doing throughout the process, given how difficult this past year has been.”

Faculty in the Sondheim Scholars and Honors College programs completed Turner’s circle of support. “All of them have been there for me, which I really appreciate, for personal growth and also my career goals,” she reflects.

Other graduating students, too, have benefited from strong mentorship and rich research experiences. Caleb Robelle ’21, M29, mathematics and computer science, had the opportunity to connect with research mentors across UMBC, Rutgers, Texas A&M, and Johns Hopkins, and was accepted into all 17 of the Ph.D. programs he applied to. He will pursue his Ph.D. in theoretical computer science at MIT. Olumide Fagboyegun ’21, M29, biochemistry, will pursue a Ph.D. in neuroscience at Harvard as a Herchel Smith and NSF Graduate Research Fellow after completing neurological research with Erin Green, assistant professor of biological sciences.

In UMBC tradition, on the eve of their graduation these students are already thinking about how they can support those coming after them. Flores, for example, benefited from being paired with a graduate student as part of her summer research experience at MIT. She’s planning to become a mentor once she arrives on campus to begin her Ph.D.

They all agree that community connections matter. “It’s powerful to give people the platform to share their stories, their lives, their hopes, their dreams,” Turner says. “There’s a lot of power in community—building with each other and climbing as you go.” 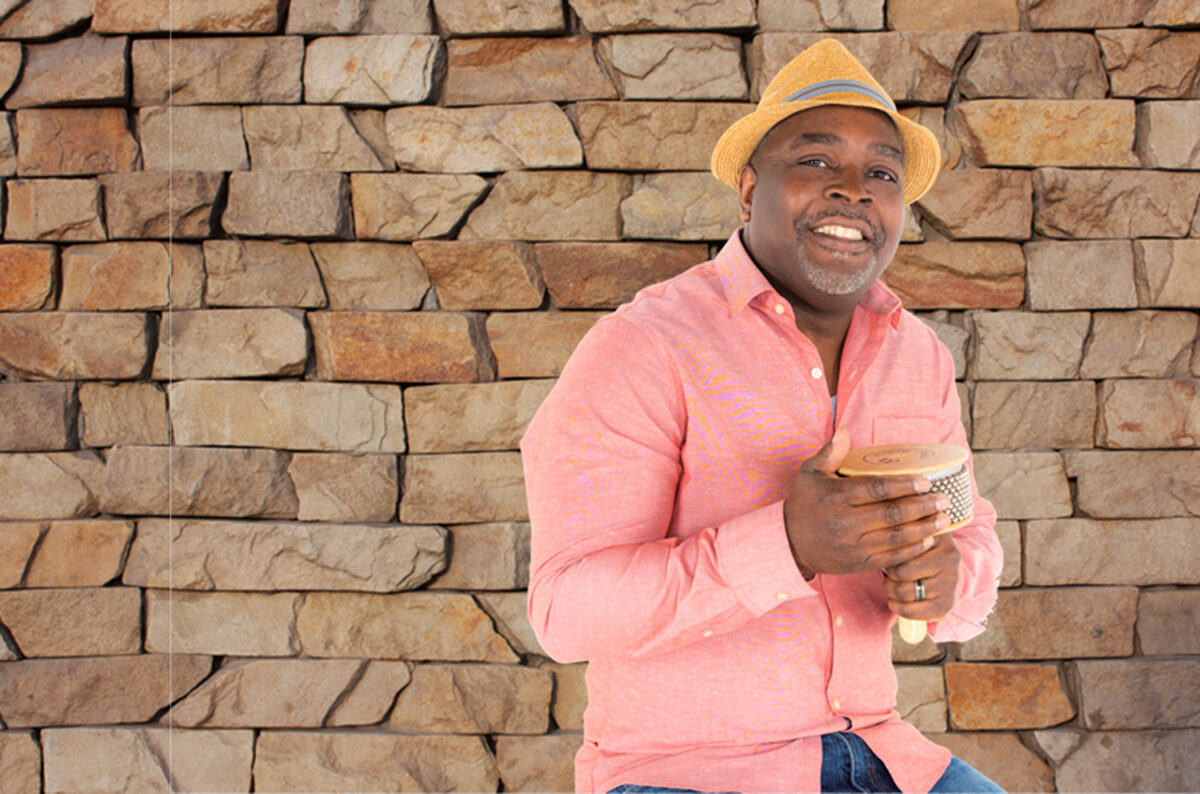