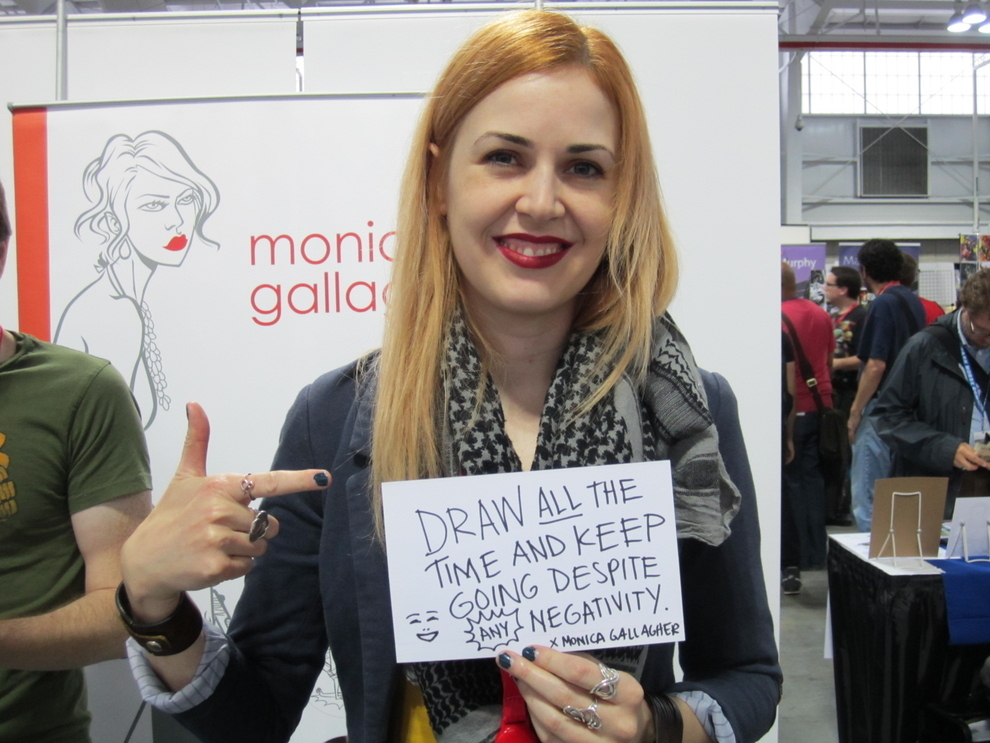 Her advice to her fellow female artists?

Draw all the time and keep going despite any negativity.

Gallagher’s work was included in the Winter 2012 issue of UMBC Magazine when she created an illustrated essay about her post-college life.