In a first-of-its-kind survey released in April, researchers at the Wisconsin HOPE Lab at Temple University found that at 66 colleges and universities, 36 percent of students do not get enough to eat.

This comes as no surprise to Julie Rosenthal, program management specialist for Asian studies and the doctoral program in gerontology, who helped spearhead the launch of UMBC’s Retriever Essentials — an on-campus food pantry run by students, for students — in September 2017.

“If you stop and think about it … it makes sense,” Rosenthal said. “These students age out of the public school system where they are getting food assistance. Then somehow they have the wherewithal to get themselves to college, but they don’t always have enough to eat.”

According to Feeding America — a national nonprofit network of food banks that provide food to 46.5 million individuals — 49.3 percent of its clients in college have had to choose between educational expenses and food annually, and 21 percent did so for a year. 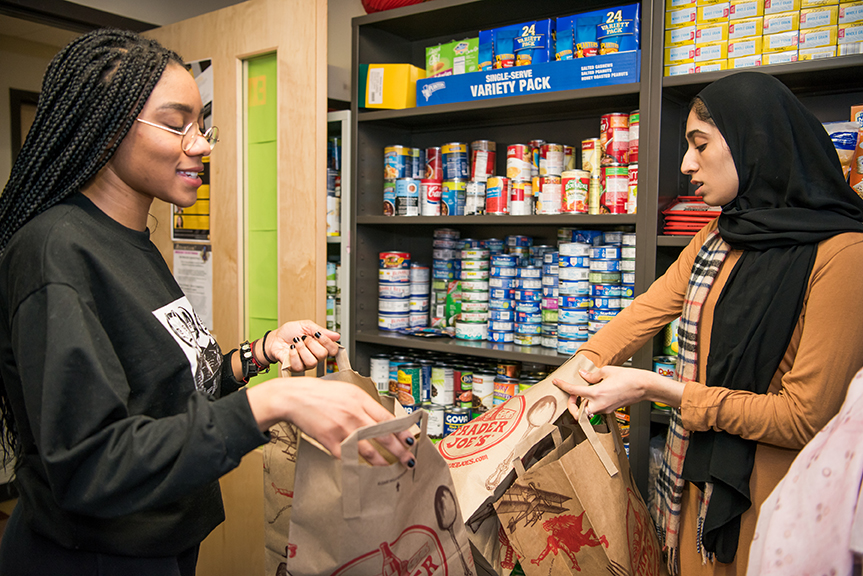 From the Ground Up

“I heard from others in the central Maryland area who were helping this vulnerable population, that there was a real issue of hunger on college campuses,” Rosenthal said. “I spoke with my supervisor and told her I was interested in starting a food pantry at UMBC. She connected me to Deveraux Smith, a grad student, who was also interested in this issue.”

From there the newly forged partnership started to grow connecting with campus offices, student groups, campus religious leaders, and other like-minded individuals to make their vision a reality.

“It has gone from a very organic movement of a few individuals, both student and staff, to a much larger team that developed into a comprehensive program to address the problem of food insecurity,” said Katrina Grusell, UMBC Episcopal chaplain.

“I’ve rarely seen initiatives where so many people come together so quickly for the benefit of others in our community,” said Zain Abidin ’18, biology, who has helped recruit volunteers from groups he’s involved with, like the Muslim Student Association and the Golden Key National Honor Society, in addition to collecting food from the different boxes (Food Zones) on campus to bring back to the pantry.

Building these relationships helped the Retriever Essentials team find different avenues to combat student food-scarcity issues. Through their partnership with Chartwells — which manages Dining Services and True Grit’s dining hall — they’ve started the Save-A-Swipe program that allows students to donate up to one meal a week from their meal plan to a shared pool. In less than four months, more than 30 students donated more than 150 meals.

“Chartwells has been amazing,” Rosenthal said. “They came up with the Save-A-Swipe program. Now students in need can get a card for five free meals from True Grit’s at the Counseling Center.” 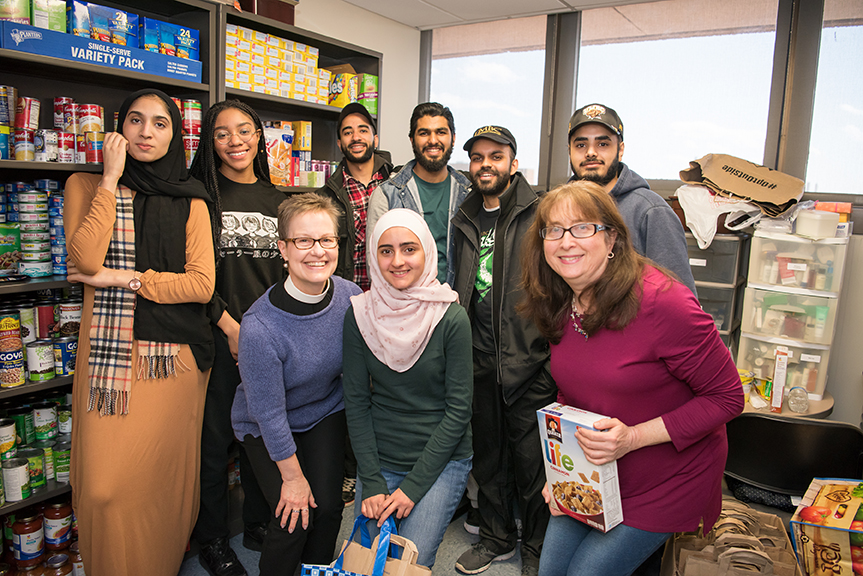 These partnerships also led to the creation of six Campus Food Zones where students can conveniently pick up a free bag of non-perishable food on campus. Four Donations Stations were created where contributions can easily be made as well. While building the program, the team even created another essential service by starting a clothing closet.

Last semester Retriever Essentials gave out more than 50 bags of non-perishable groceries to students in need with the help of more than 15 student volunteers, and they are on target to provide even more during the spring semester. It’s a great start to combat a growing issue, and the team is already hard at work to make Retriever Essentials even better, including more variety and healthy food options.

“The next big goal is to have a full pantry on campus that has not only ample space for food, but also for refrigerated food storage,” Grusell said. “We’d like to have that set up in a way that allows students to come and choose the food for themselves instead of the preassembled bags we currently give out. The variety of the food we could distribute would also increase.”

As for now the Retriever Essentials team is constantly working to get the message out about their program so no student at UMBC goes hungry.

“UMBC does an awesome job educating our students,” Rosenthal said. “We want to make sure all students facing food insufficiency have enough to eat so that they can work at top capacity. It’s all multiple pieces that go together. We’re launching people out into the world.” 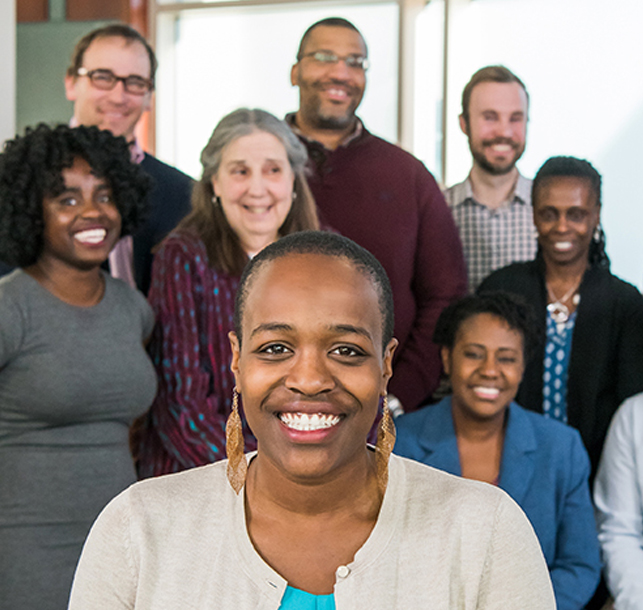