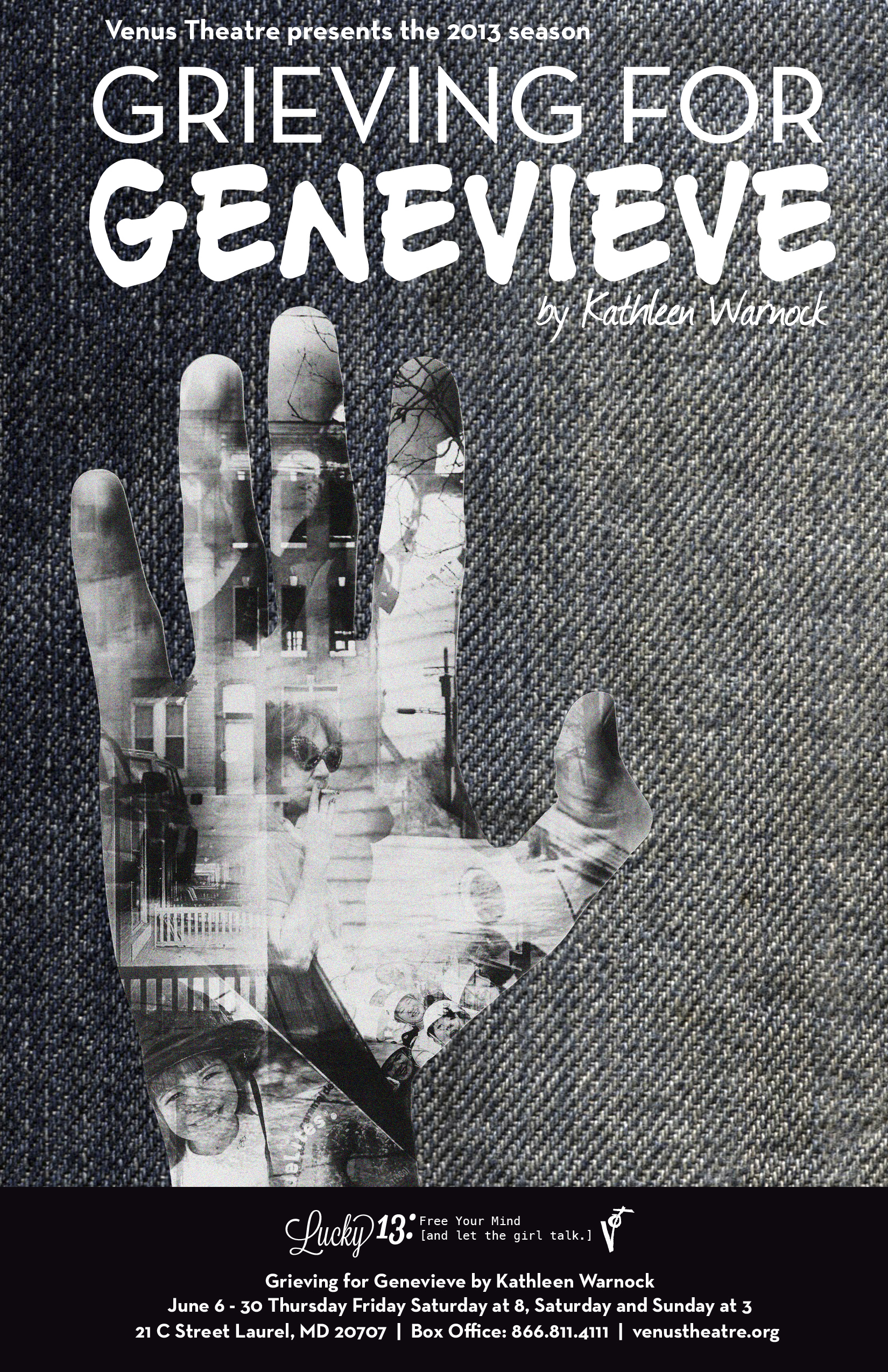 Feeling the urge for a little theater with a Retriever twist? Mark your calendar for the June opening of Grieving for Genevieve, a play by Kathleen Warnock ’80, INDS. Not only does the show play at the alumna-owned Venus Theatre in Laurel, it stars Karen Costanzi ’92, theatre, as Genevieve.

Venus artistic director Deborah Randall ’94, theatre, chose the play as part of the 2013 season for its thematic fit, but she’s also very excited to work with Warnock, whose plays she greatly admires. Grieving for Genevieve won the John Golden Award for Excellence in Playwriting in 2005, and Warnock has racked up a number of other accolades for her work.

“It is definitely exciting to work with a fellow UMBC alum.  I first met Kathleen at a UMBC theatre event and we exchanged publicly an adoration for Joan Jett in a talk back,” said Randall, who was a 2012 UMBC Alumna of the Year winner.

“I’m always excited to work on a script with multiple female characters that defy the norm in terms of mainstream theatre expectations.  The fact that she sets Grieving for Genevieve in Baltimore in the 90’s had another kind of amazing appeal.  Almost every day we work I yearn for crabs and a piece of Hausner’s strawberry pie.  Mostly, the thing that excites me about Genevieve is the way that she’s captured the truth of the world.  She’s penned this with a blood honesty that comes from the heart and I could feel that the first time I read it.”

Stay tuned for a feature about Kathleen Warnock in the Summer 2013 issue of UMBC Magazine.

Read more about Randall in this piece from UMBC Magazine.