I have a secret. No one actually pronounces my name right. It’s not like it’s one person’s fault, don’t worry. There’s more than enough blame to go around. Including a little dose for me. Let me start from the beginning. 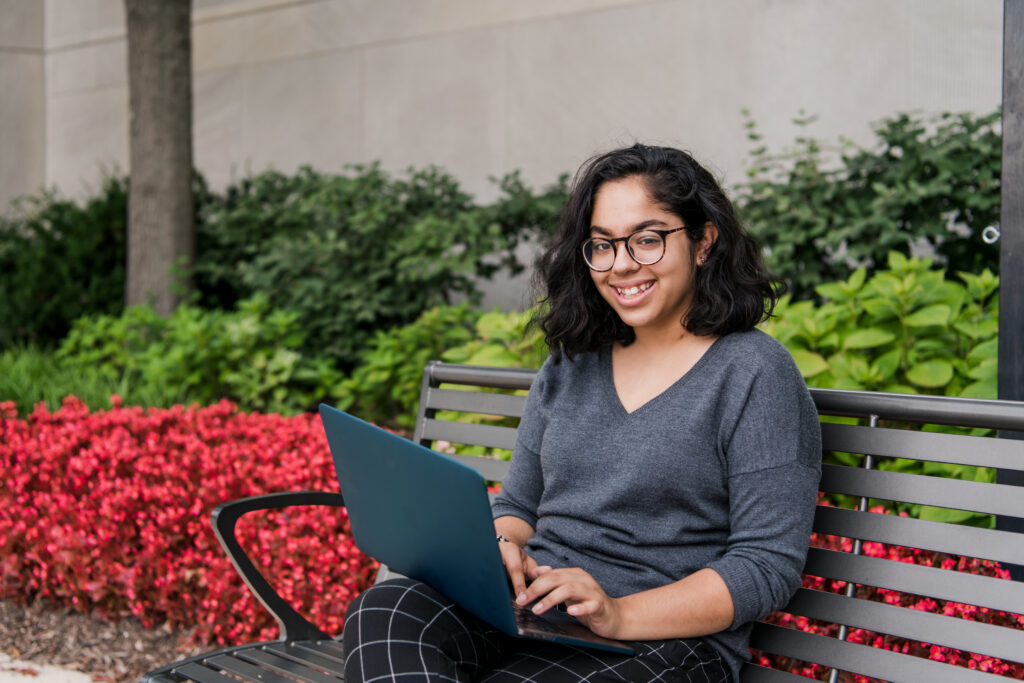 Having an “ethnic” sounding name, I’ve had people mispronouncing my name since I was a baby. It’s an unfamiliar name to many people in America, and I’ve never had any resentment towards people who squinted at my name on name tags, or spouted a completely incorrect pronunciation. Unfortunately, I’ve done the same thing with others. To be fair, my name is actually pronounced different ways in different parts of India. And, growing up in America, being mixed race, I have never felt strong roots to India (of my own accord) and so I never fully understood the actual pronunciation. As you can see, my name is highly nuanced.

But there came a point when I realized that my name, as my mom and dad called me, didn’t fit in people’s mouths quite correctly. Ever. So I modified it a little. It’s just an inflection change, and I accepted that everyone, besides my parents, would pronounce it the way that would be easier for them.

And thus, instead of “Uhn-Jah-Lee,” my name to all of my close friends, acquaintances and professors became “Ahn-Jah-Lee.”

And I like both pronunciations. I think my name is pretty, and I do get my fair share of compliments for it. But those compliments are nowhere near the majority.

“I refuse to feel nervous about correcting other people.
My name is the most personal thing I have, and I deserve
to have people make an effort to say it correctly.”

One thing I know is that even though I’ve modified my name to fit in others’ mouths, people still can’t, and sometimes refuse to attempt to pronounce it. And that’s where I place blame on others.

When I was in high school, I dreaded the substitutes who would run down the list until they reached my name, and there was that awful pause, and they would laugh and say “Oh god. I’m not even going to try!” Cue 16-year-old Anjali, who would raise her hand and clearly pronounce her name, and the endless substitutes who would just check her name off. No offer of apology for negating my identity, and giving up on my hopelessly foreign name. Nothing.

In college, I decided to go by the nickname my mom gave me when I was very young. “Anj.” I’ve always had an affinity for the familiarity that goes along with a nickname. And, to be honest, how hard can it be to pronounce three letters? Apparently “Anj” is also an impossible name.

After ordering a bagel on campus, I waited for the cashier to call my name and hand it to me. “A-N-J?” she called out, spelling it out, letter by letter, like my name was a confusing word in an elementary school spelling bee. I was appalled. I would 100% rather people mispronounced my name than make no effort at all.

To make matters worse, as a woman, I’ve been conditioned to feel like I’m inconveniencing others to correct someone. I’m afraid I’ll offend my coworkers and teachers, or come off rude by saying “actually, it’s pronounced…”

No one is expecting every person to know how to pronounce every name. That’s an unattainable goal for everyone, myself included. But I will stand up and say that if you find an unfamiliar name on your roster as a teacher, or you’re a cashier handing a hot coffee over the counter, the absolute least you can do it make an attempt to pronounce it. I refuse to feel nervous about correcting other people. My name is the most personal thing I have, and I deserve to have people make an effort to say it correctly. “I’m not even going to try,” isn’t going to fly with me anymore.

Anjali DasSarma ’21 is an editorial intern for UMBC Magazine.