We, the Hearts, have something to say. So we might as well sing it.
We have voices. Are you surprised?

— From “The Hearts’ Manifesto” by Christie Finn

On stage in the concert hall of UMBC’s Fine Arts Building last March, Christie Finn ’07, music was rehearsing Triptych of Gossips – a composition by UMBC professor of music Linda Dusman based on a poem by Serena Sue Hilsinger – with violinist and associate professor of music, Airi Yoshioka.

The two musicians ran through the witty and ebullient piece with Dusman, who sat in the audience with the score and helped the duo navigate more challenging passages.

Triptych of Gossips is a challenging and comic piece – a summoning and séance of sorts. It’s a perfect composition to showcase the talents of Finn – a soprano who’s made a name for herself not only as a singer of new work by rising composers, but also as a performer with the wit and flair to pull off challenging and theatrical performance work in highly inventive and colorful stagings.

Since graduating from UMBC, Finn has forged a career singing in the Unites States, in Germany and in the Netherlands. She is a two-time winner of an interpretation prize at the International Stockhausen Concerts and Courses, and has played at festivals and concert halls with numerous ensembles as well as giving solo recitals.

The field of new music and (especially) active collaboration with composers in which Finn works is particularly energetic and fertile at present, and the soprano is maintains several active collaborations – including her experimental music duo NOISE-BRIDGE with clarinetist Felix Behringer as well as work with Ensemble Hörwerk, a vocal ensemble for microtonal music, and the Vokal und Instrumental Labor Stuttgart, an experimental ensemble for music and theater. One also finds Finn singing in world premieres of operas – and self-described “comic book/sitcom” operas.

Watch Finn perform and you can see why she’s in such demand. The other piece Finn performed at UMBC in March – Georges Aperghis’ Récitations pour voix seule – is a physically demanding piece lasting over 40 minutes in 14 sections that stretches Finn’s voice from moments more spoken (or chattered) to dizzying ascents to high notes, with breaths, squeaks, and squeals woven in.

You can see videos of the Récitations and a delightful performance of another Aperghis’ piece “Sept Crimes de l’amour, by Finn and Behringer as NOISE-BRIDGE with a percussionist Phillip Lamprecht at Finn’s website (christiefinn.com). The latter composition (and performance) is especially visual, featuring moments in which the clarinet is played into a drum perched precariously on Finn’s head, and where Finn chomps down on an apple (and sings) while holding sheet music for Behringer to play.

Making a career as an American singer in Europe is a challenging path, and during her visit to UMBC, Finn delineated her trajectory for an eager class of music students hoping to follow in her path of making music both their life and their livelihood.

“You have to seize all of your opportunities,” Finn told the students. “Don’t be afraid of anything. You can always make it work somehow.”

Finn is also a graduate of the Manhattan School of Music’s Contemporary Performance Program and she took a Master of Music in Voice from Southern Methodist University. Part of making her advanced studies and career work, she added, was to find a job that matched up well with a career in the arts. Finn was a Linehan Artist Scholar as an undergraduate at UMBC.

In addition to her busy performing career, for instance, Finn also works as managing director of The Hampsong Foundation – a nonprofit organization that to promotes intercultural dialogue and understanding through song in many of its forms.

“You can have other jobs that feed your artistry,” Finn told the UMBC students. With music, she continued, “you’re choosing a lifestyle, not a career.”

As Finn continues to make waves, including a recent September appearance at the Resonant Bodies contemporary vocal musical festival in New York City (which received a glowing review in The New York Times), she credited her growth as an artist to a philosophy that accentuates the opportunities and successes over naysaying and setbacks.

“In music, you definitely get a lot of negative voices,” she told the class. “You have to find a way past that. My goal is to cover them with positive things.” 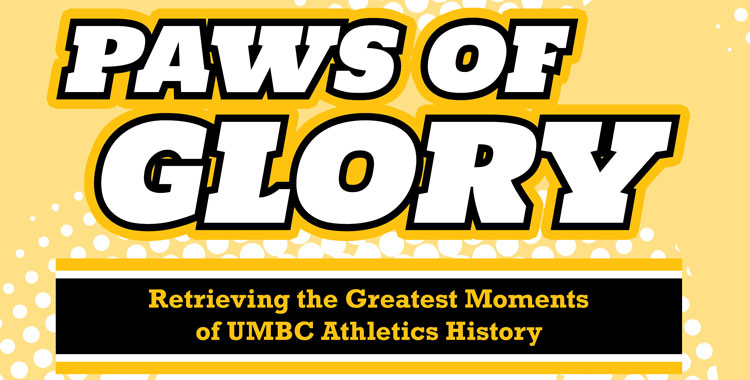 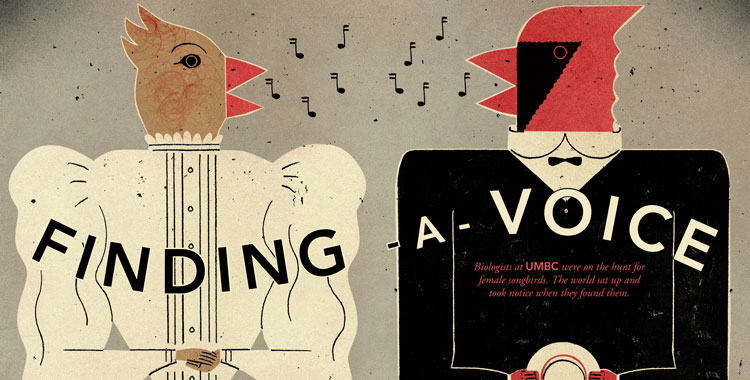