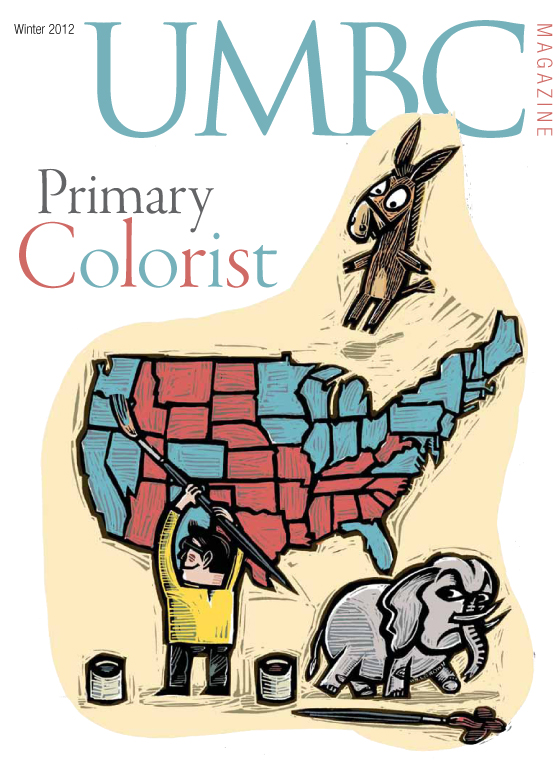 We’ve also got stories about everything from our Shady Grove campus anniversary, to tattoos of the new dog logo, to poet faculty member Michael Fallon, to research that may help children’s vaccinations become more effective, to “How to be Fast,” featuring an interview with track coach David Bobb ’02. We even made a  video in which members of the magazine staff put Coach Bobb’s suggestions to the test!