With the newly surging pandemic in 2020, UMBC’s Stay Black and Gold Emergency Fund quickly became a strong source of financial assistance for students and families in need. Poulomi Banerjee ’16, M.P.P. ’21, recalls the moment during last year’s Black & Gold Rush Giving Day when all U.S. states and territories made a donation to UMBC.

Banerjee was just in her first year as the assistant director of Annual Giving when she witnessed firsthand the impact giving could have on students. The 2,782 people who generously donated that year were a testament to that fact. Although the year had also been challenging for her, Banerjee saw that everything she had gone through to plan UMBC’s giving day was worth it to plan and experience something so unforgettable.

“It’s really nice seeing the number of donors keep increasing year after year…It means that people are really invested in the community and they believe in UMBC, and that in turn helps me believe in the university more as well,” Banerjee says.

Outside of yearly Black & Gold Rush activities, people in the UMBC community often give back to the university by donating to programs and scholarships they believe in. Through her role in UMBC’s Annual Giving office, Banerjee embodies the spirit of giving and paving the way for growth at UMBC.

After receiving a bachelor’s in health administration and policy in 2016, Banerjee decided to stay at UMBC to pursue a master’s in public policy while working as the development and alumni coordinator in the university’s Office of Institutional Advancement (OIA). Just before finishing her master’s degree in May 2021, she took on her new position in OIA. As a current Ph.D. student in public policy, Banerjee has to balance both her student and leadership roles at UMBC.

“It’s so hard to wrap my mind around how incredible UMBC is going to be in fifty more years knowing how incredible it is now. It might be unusual to have three degrees from one school, but I wouldn’t change anything,” says Banerjee.

Staying at UMBC after her undergraduate studies ignited Banerjee’s love for the institution and helped cultivate her passion for public policy and its applications to the nonprofit world. Her commitment to community engagement first began in high school, when she founded a service learning program for high schoolers to engage in conversations about healthy relationships. During an internship in college, Banerjee took the opportunity to oversee the same program. From there, she knew she was passionate about connecting to people in the UMBC community. Developing the necessary leadership skills to do so was just the first step.

While Banerjee attended the SGA-led leadership retreat, STRiVE, during her undergraduate years, she befriended people who taught her how she could make change on both the community and university level. Through her participation and leadership in clubs such as seb and SGA, Banerjee eventually discovered OIA and learned about ways she could contribute to the university as an alumna.

In her first OIA position as the development and alumni coordinator, Banerjee planned alumni receptions across the country and, after her first year in the role, created a plan to turn the events into what is now the RetriEVER Grateful Tour. When Banerjee joined the Chapter of Young Alumni and eventually stepped into the role of vice president, she ran the chapter’s social media account and helped oversee event planning for the chapter’s annual Wine Tasting & Silent Auction fundraiser, a networking event for alumni to reconnect with others in the Baltimore community.

Through these previous experiences with working with and for alumni, Banerjee has learned the importance of networking—a skill that she still finds crucial in her current role involving alumni engagement and fundraising.

Banerjee’s work as assistant director of Annual Giving involves supporting campus communities through fundraising, including crowdfunding and other forms of student organization fundraising. She interacts with students to help them figure out their organization’s goals, determine how much money is needed to support their endeavors, and brainstorm ways to raise the money.

Although the task of asking for financial support is not always an easy one, Banerjee mentions that her own background as a student has equipped her with a helpful perspective when reaching out to people in the UMBC community.

“I feel like donations are everyone’s biggest fear when they graduate. They don’t want to hear from me and they don’t want to be asked for money. And I get it—I graduated with loans from UMBC…so when someone emails me back saying ‘I have loans, I can’t give,’ I totally understand. And it’s really helpful for me to talk to them from that perspective,” says Banerjee.

For every person who is able to make a contribution, Banerjee and her colleagues make an active effort to stay connected with them and remain transparent about where their donations are going. During Black & Gold Rush activities, for example, people can make online donations to programs or communities they want to see grow.

“It’s an honor when people do give us their philanthropy, and we have the responsibility to help them know how those dollars are working,” says Greg Simmons, M.P.P. ’04, vice president for Institutional Advancement and someone who Banerjee considers a mentor.

Taking on a new role would have been a daunting task for many, but Banerjee dove head first into the unknown. While noting that she didn’t have much fundraising experience prior to the position, she brought up how Simmons believed in her abilities to lead.

“When I asked her to take the role she’s taking now, it was clear to me that everything that everybody had said about her was true,” says Simmons, who has worked at UMBC for more than 25 years. “She was incredibly smart and a fast learner…She throws herself into the work and is not afraid to ask questions. She has a passion for this place, which is so exciting. She tells you the truth, even if it’s sometimes hard for her. And I think the last thing is that she’s got this extraordinary optimism. She’s a realist, but she sees what’s possible with things.”

Simmons is not alone in his praise of Banerjee’s skillset. After her outstanding work with the Stay Black & Gold Emergency Fund in 2020 and 2021—from creating applications for students during the pandemic to overseeing the application reviewal and awarding process—she was awarded the 2022 Rising Star Award this spring for the Council for Advancement and Support of Education (CASE) in the mid-Atlantic district. This award is given to professionals who exhibit leadership potential in various areas including philanthropy and alumni relations.

Simmons adds that Banerjee’s dedication took center stage during Black & Gold Rush in 2021. From navigating a different technology platform, scaling and communicating the program, and making sure people could easily make contributions online, Banerjee played a pivotal role in getting the fund off the ground on a hard and fast deadline.

The gift of giving marches on

“The great thing about Black & Gold Rush is that it is not about how big the gift is. It’s about how many people are involved. So you don’t need to make a $500 gift to make an impact. You can make a $10 gift and still make an impact,” notes Banerjee.

Moving forward, Banerjee has high hopes for the future of UMBC and is thrilled to take her skills and connections to wherever she may go next. With a particular interest in the nonprofit world, Banerjee is excited to see how she can continue building on what she’s learned as a three-degree Retriever.

“I feel like UMBC helped me get to the point where I will have several doors open for me when I finish this last degree, and I’m going to figure out what that means for me when I’m there,” Banerjee says.

“Poulomi is gaining skills and tools through the things she’s doing, but she’s already got all the ability and wisdom that she needs to be successful in a whole range of opportunities in the future,” says Simmons. “So I can’t wait to watch and see where she ends up.” 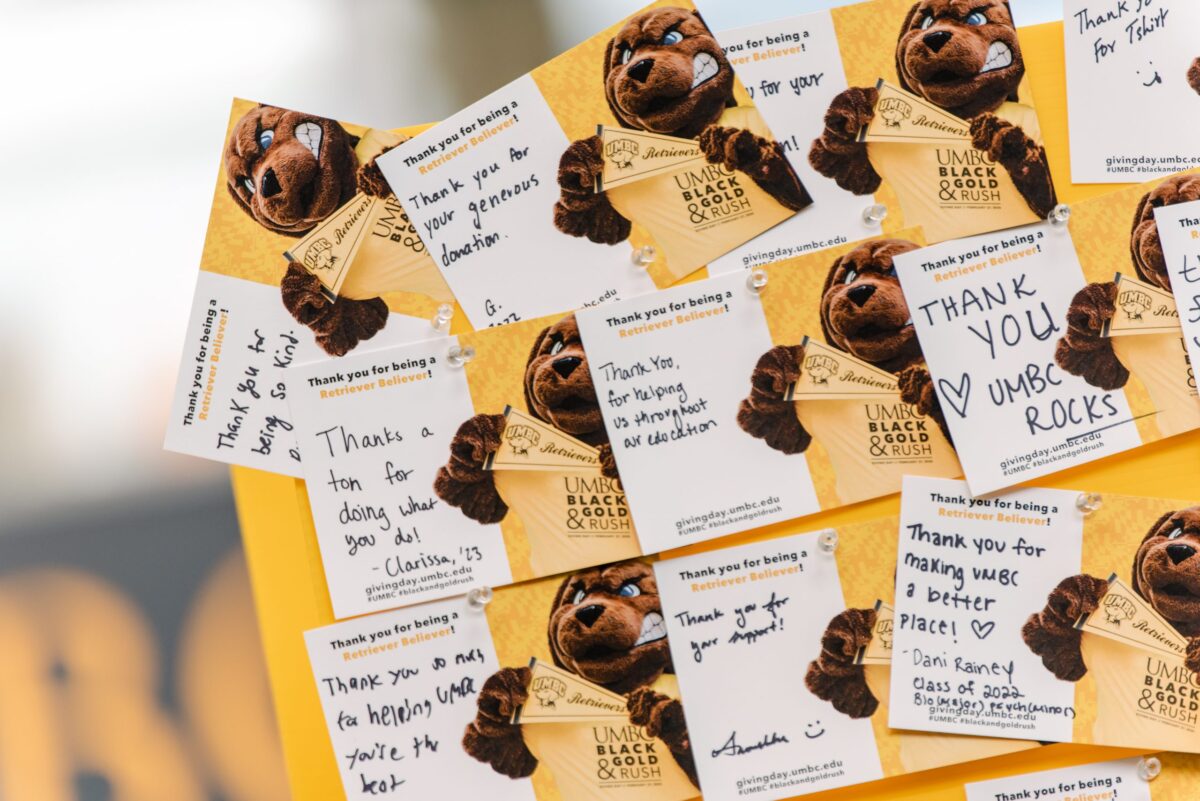 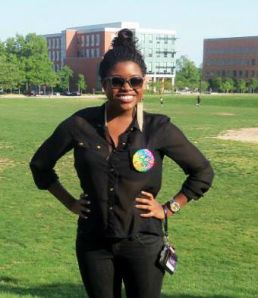