Everyone needs a place where they can feel safe. When people don’t feel secure, it is harder for them to experience love, belonging, and fulfillment. Enter Safe House of Hope. Founded in 2007 by Denene Yates ‘10, health administration and policy, Safe House of Hope is a place where women exploited through human and sex trafficking can feel safe. Yates feels uniquely connected to the women she now serves. She says she grew up without much love and support, and now, as a mother of seven, she understands the value of having a place of safety. Yates says starting this non-profit has been one of unexpected turns and discoveries – an adventure she never imagined. 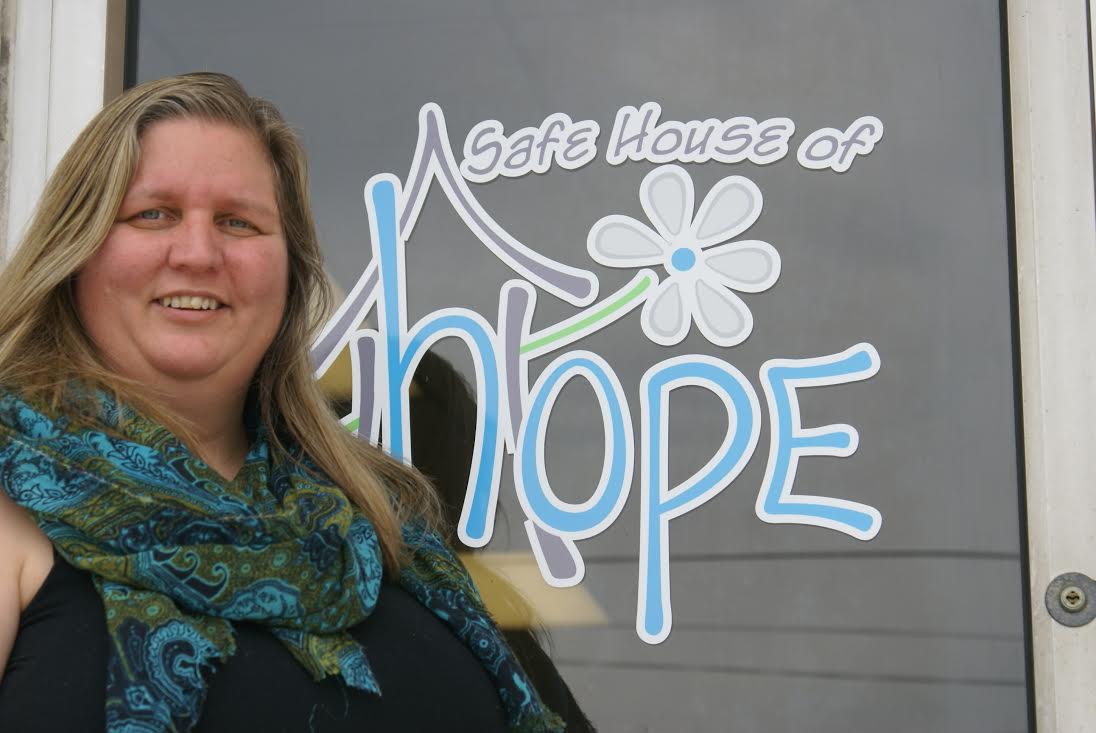 She took her first steps on this path when she got involved with You Are Never Alone (YANA), an organization that provided advocacy for women who had been victims of prostitution and sex trafficking. At first, she helped the group manage their budget, but she found herself drawn to YANA’s mission – she wanted to help the women YANA served gain the life-changing opportunities they had so long been denied.

“This is an epidemic, a big money industry,” Yates points out. It’s chilling to consider, but Yates explains that there are currently 27 million slaves worldwide – more than any other time in history – and that last year alone, the human trafficking industry made $33 billion.

Unfortunately, despite its critically needed mission, YANA struggled to support itself as an organization, and was faced with closing its doors. Sad to leave something she felt so passionate about, Yates was determined to keep YANA’s mission alive. After some time spent studying at UMBC, the fire inside was rekindled and the idea for Safe House of Hope was born.

UMBC helped turn her idea into a reality. She worked with her professors to design independent study courses that would allow her to transform the research and work of building an organization into college credit. She also found invaluable resources in the university’s Public Health Department, which emphasized the importance of prevention and improving health care systems. Yates even turned to UMBC’s Alex. Brown Center for Entrepreneurships and the Shriver Center for guidance and support as she worked through the process of becoming an established 501c3.

“I would not be here today if it weren’t for UMBC’s helpfulness in regards to providing resources, skills, and means to start this organization,” explains Yates. Now, Safe House of Hope is not just established – it’s flourishing. In fact, in 2013, the organization moved to its very own building on Curtis Avenue in Baltimore.

With its own facility and more space, Safe House of Hope has been provided with the opportunity to expand its services. Not only does it maintain its own building, but Safe House of Hope also has an emergency shelter, six beds, a drop-in center, a 24/7 talk line, a street outreach team, host families (families trained to have a client to live with them for a period of time), and a whole faculty of staff who work on community outreach activities such as Zumba, GED classes, and Bible studies. This year, Yates hopes to expand drop-in centers to three other communities with known street prostitution.

Yates considers herself part of a group of abolitionists determined to end modern-day slavery and encourages others to join her in this aim. She always tells her volunteers and those considering joining her team, “with just 10 hours of your time each month, we can change lives.” Not only does Yates believe this, she knows it. She has seen women’s lives altered before her very eyes – they find themselves homes, get jobs, and become self-sufficient. Because Yates knows that change is possible, she won’t stop fighting to make it happen.

While Yates does admit that starting a business – particularly one with work that can be so emotionally demanding – is challenging, it is this belief in the potential for change that pushes her to keep moving forward. It’s common for her clients to feel so stuck they won’t even want to think about tomorrow. But with hope in her eyes and passion in her voice, Yates explains that Safe House of Hope exists to “help people to dream again and to realize those dreams.” And being a part of that, she says, is worth every single second.