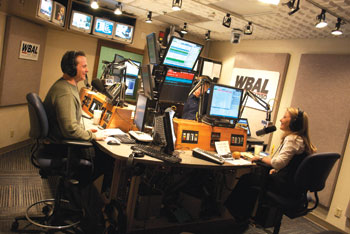 Radio is a shared bond between Elliker and Beller since they shared the microphone on a popular program on WMBC in the 1980s. An active supporter of UMBC’s baseball team, Beller is also an Emmy-winning editor and the president of Kit & Kaboodle Productions. And in addition to The Shari Elliker Show (which she has hosted since 2007), Elliker is an actress and an in-demand voice for narration, commercials and other promotions in the Baltimore-Washington area and elsewhere.

Why does radio remain a vital medium?

Beller: When you express an opinion on Shari’s show, you know it’s going to spark something in a lot of people up and down the East Coast. I used to come on and say, “What ails me?” And the phones would light up. And people won’t have this conversation with you on a side street, but they will on the radio.

Elliker: Radio is an interesting medium – and especially talk radio – because it is unscripted. It is a very intimate medium. People are talking directly to you. You have one instrument: your voice. That’s what makes it so personal. In your car. I am talking to you. And it’s a big complement to be invited into people’s car, or office or home.

What was having a radio show together at UMBC in the ’80s like?

Beller: Shari and I have great chemistry. Always have, always will. Sometimes listeners will ask if we work together, have dated, or were married.

Elliker: We have that basis of resentment there. You dated my roommate. (Laughter.)

Beller: I was in the sports department at WMBC, and I had my own show on Wednesday night. The things I was doing on the radio you could not do today. It was very unpolitically correct. It wasn’t risqué…

Elliker: (Interrupts, with laughter.) Well, maybe it was a little bit…

Beller: I invited her to be on the show with me.

Elliker: And I’d come over after ballet class and do the show.

Beller: We just started coming up with bits. We had hilarious PSAs. (Laughs.) I don’t know if we’d want to mention some of them…

How formative of an experience was working at UMBC’s radio station in that era?

Elliker: The only hands-on experience I got at UMBC was at the station… As an Option II student, we didn’t have a chance to get our hands on a lot of equipment – be it camera equipment or audio equipment. The courses were a lot of theory. Being at the radio station was really the place where we could play house. Where we could pretend that we were doing what we wanted to do.

Beller: There was no one standing over your shoulder. You had to watch what you said, yes. But you could play what you wanted. And have fun and do comedy. I would tell Shari that I was going to the bathroom and then run out and call the station…

Elliker: The radio station was the single most valuable experience I had at UMBC.

Beller: It had an almost “WKRP” feel to it. There were so many characters. And when you didn’t have class, you could come hang out at the station…

Elliker: There were no fraternities, no sororities. That was something that UMBC didn’t offer at that time. You had to make your own fun. 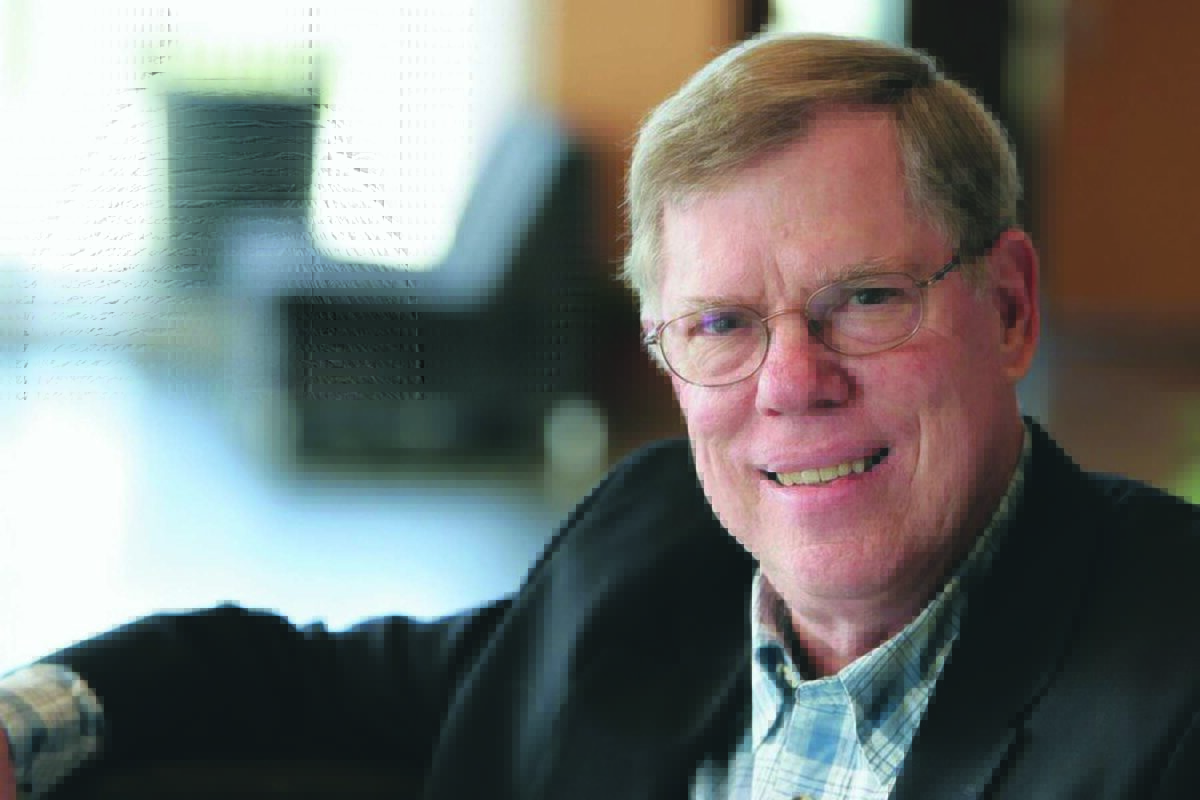