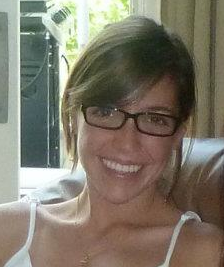 At Alumni Relations, we spend a lot of time focusing on and communicating with our wonderfully supportive alums. However, we’ve decided to turn the tables and take time to get to know the people behind the scenes, the staff members at Alumni Relations who make things happen. Today we’ll be hearing from Jessie Orsburn ’14, English, the new Alumni Relations intern for the Spring 2014 semester. She’ll be contributing to the UMBC Giving blog and is looking forward to being a part of the UMBC Alumni Relations team.

Q: Where are you from originally?

A: I was born in Chicago and lived in California for several years before moving to Maryland’s 21228 (Catonsville), which is where I’ve been since I was five.

Q: What do you love most about UMBC?

A: I love the passion for learning and teaching seen from students and teachers. There is something about UMBC that just feels different from other universities. At UMBC, people care about education, about making a difference, about being a part of something bigger than themselves. I’ve always loved that about UMBC. I also love the diversity.

Q: What’s your favorite thing about your job?

A: This is only my first day on the job, but already I am intrigued by Alumni Relations and their aim to build students’ and alums’ interest and involvement in UMBC and giving back to the UMBC community. Not to mention, the staff members I have met so far are awesome!

Q: Have you ever done anything crazy or out of the ordinary?

A: I once took a missions trip to Africa where I had the opportunity to meet and work with the people of QwaQwa, a small town in the southern part of the continent. I also got to hold a baby lion cub, no big deal.

Q: If you could be a superhero, who would you pick and why?

A: I would have to say Superman; I mean, who doesn’t want to be Superman? Not only would I be able to fly, which is the greatest super power ever, but I would be able to help people with innumerable tasks and never get tired. Rescue a cat from a tree, prevent a ship from sinking, fly an elderly person across the street, remove debris and rubble from disaster areas and the list goes on.