In the aftermath of two “1000-year” floods in three years, can experts, officials, and residents agree on a way to prevent the next big one while preserving this historic town?

Ellicott City, Maryland, rests in a steep, narrow valley at the confluence of the Tiber River, its smaller unnamed tributaries, and the much larger Patapsco River. All that water power made it the perfect place to build a mill town—as brothers Jonathan and George Ellicott did beginning in 1772.

The mill town flourished in the 1800s and was the first stop on the Baltimore and Ohio Main Line railroad (the first railroad in the United States) beginning in 1831. Housing and shops quickly sprang up along the winding street to service residents and visitors.

Today, Wilkins Rogers Mills still processes flours and cornmeal on the old site, and the B&O rail station at Ellicott City is the oldest surviving rail station in the United States. It was designated a National Historical Landmark in 1968, and the Main Street area, which retains over 200 historic buildings, was listed on the National Register of Historic Places in 1978.

But while much has stayed the same, much has also changed since Ellicott Mills’ 19th-century heyday. Rather than workaday folk gathering sundries on Main Street, droves of tourists and preservation enthusiasts now stroll the charming byway to patronize boutique shops and cafés.

Or, they used to.

In 2016, and then, extraordinarily, again in the spring of 2018, Historic Ellicott City was ravaged by flash floods that trapped diners in restaurants’ upper stories, saw empty cars and trucks careening down Main Street, destroyed homes and businesses, left debris for miles downstream, and, in total, took three lives.

The events, both dubbed “1000-year floods” in the media, have left residents and business owners with the tough decision to stay or go. The Howard County government is faced with a dilemma, too: Ellicott City is a popular attraction and has been an economic powerhouse in the county for decades. But when storms come, as they inevitably do, it becomes very dangerous, very quickly.

The floods are changing

“Ellicott City was put there for a reason, to take advantage of water power,” says Andrew Miller, professor of geography and environmental systems. “Therefore, nobody should be surprised that water power is a potential hazard.”

Faculty in UMBC’s geography and environmental systems (GES) department have been studying the local watershed for years. Miller has a particular interest in the role floods play in shaping stream channels and the local ecosystem. Matthew Baker studies watershed ecology and has been deeply involved with the removal of a dam just downstream from Ellicott City. Jeffrey Halverson is a regular contributor to The Washington Post, where he explains the mechanics of regional storm systems for the general public.

Miller says the dam project and flooding studies provide unique opportunities to study aspects of stream ecology, such as sediment movement, from interesting angles. “It’s very rare to have a research project that falls into your lap that’s two miles from your office,” he says, “and to have multiple research projects within two miles of your office intersect with each other is even more unusual.”

Flooding in Ellicott City is nothing new. One of the worst floods was in 1972, when Hurricane Agnes caused the Patapsco River to overflow its banks by 14.5 feet and fill the lower end of Ellicott City’s Main Street. This was a flood “from the bottom up,” explains Halverson. Most of the town’s previous flooding events have happened in a similar fashion—a massive rainfall event deluges the entire region, and the river slowly rises until it can no longer contain the water. Crucially, residents have plenty of time to evacuate in these storms.

But the 2016 and 2018 floods were different. Rather than heavy rain everywhere over an extended period, forecasters predicted potentially devastating, shorter-term rainfall at a hyper-local level in both storms. “But there was never any attempt to localize the storm down to the county or sub-county level,” wrote Halverson for Weatherwise. Why? “Our ability to do so is practically non-existent.”

As a result, when the deluges hit Ellicott City in 2016 and 2018, “people barely had time to get to the second floor of the restaurant,” Miller says.

“It’s not just the rain that makes a flash flood, it’s also the terrain and the nature of the landscape,” Halverson wrote. Considering this, other changes since the 19th century come into play. Ellicott City has become a highly desirable place to live, and suburban development now sprawls in all directions from Main Street.

Development means more impervious surfaces—roads, rooftops, driveways, patios—and impervious surfaces make it harder for a landscape to absorb rainfall. So, in the 2018 flood, when the center of the storm was a bit upstream from Ellicott City, Halverson wrote, “the torrent of stormwater runoff cascaded downslope into the topographic bowl of the town, flooding it from the top down.”

The floods are “an example of effectively a small tributary watershed ‘wagging the dog,’ making the entire Patapsco River flood before the rest of the drainage area contributed,” says Baker.

In both floods, “upslope development undoubtedly made things worse,” Miller says, but isn’t fully to blame. These events “would have exceeded any kind of storm water management that you could have put in,” he says.

Because of the way heavy rainfall on a small section of the watershed can cause severe flash flood events, Baker says, “the Patapsco River is now behaving much more like an urban river…than its general land use would suggest.” Why is less clear. It could be increasing development, or it could be changes in rainfall patterns influenced by climate change. More likely, it’s a combination of both as well as other factors.

The local government is grappling with what to do with this beloved—and sometimes deadly—section of town. They commissioned the McCormick Taylor Report to provide a menu of options that could keep the town safe in future events similar to 2016 and 2018 while keeping the town as-is. The recommendations included $35 million in immediate improvements, plus $60 to $85 million more for longer-term projects. It’s hard to imagine anyone being willing to spend that much to protect such a small parcel of property. The plans included everything from “pipe farms” underground to store storm water until it could be released more slowly, to tunneling through bedrock to create a pathway for water through town that wouldn’t disturb the street above.

In September 2018, the county government announced a plan that would involve removing up to 10 of the historic buildings to take people out of harm’s way and improve water flow for the next major flood. The public outcry was swift and powerful, and no demolition has occurred.

Most UMBC scientists prefer not to engage in local politics, but based on their work, they can inform conversations on what the county should consider as they’re making decisions. In the days immediately following both storms, Miller and Halverson were in high demand with the news media. One question that kept coming up was whether another storm of this strength could happen again, and when.

Miller is currently working on a paper using evidence to make the case that “it’s an extraordinary event, but it’s not as extraordinary as we think it is. There’s some evidence, although right now it’s not completely conclusive, that we are seeing greater frequency of large floods,” says Miller. “So you cannot assume something like this just won’t happen again.”

In its current state, “There’s not enough room for Main Street and the river—that’s why the river flows underneath,” explains Miller. “It’s a pipe dream that you can just make this problem go away.” In fact, dealing with the danger of water is a challenge that will only get worse as climate change leads to more strong storms and rising seas. “This is a microcosm of the much bigger problem that we face on a massive scale in this century,” Miller says.

As a local and a hydrologist, Baker sees both sides of the argument. “I appreciate the historic nature of the community, and I think something would be lost if they tore all those buildings down. At the same time, I can understand why any administrator would want to minimize the risk of loss of life, so that’s totally reasonable as well,” Baker says. “I don’t think there’s a real clear solution here, it’s just a value judgment that people have to decide what is most important in this situation.”

And so, the debate rages on. In the meantime, visitors continue to stroll, shop, and snack at the bright and cheery storefronts along Main Street, albeit in reduced numbers. Some establishments, however, remain shuttered, and storm damage is still visible through dirty windows. The contrast reinforces the fragility of this charming historic oasis, reminding tourists, scientists, and public administrators alike what happened here, and what could happen again.

How the community chooses to proceed is still uncertain, but one hopes the expertise of elected officials, scientists, and the public will all be brought to bear in a way that keeps people safe and allows Ellicott City—in whatever form it eventually takes—to thrive for years to come. 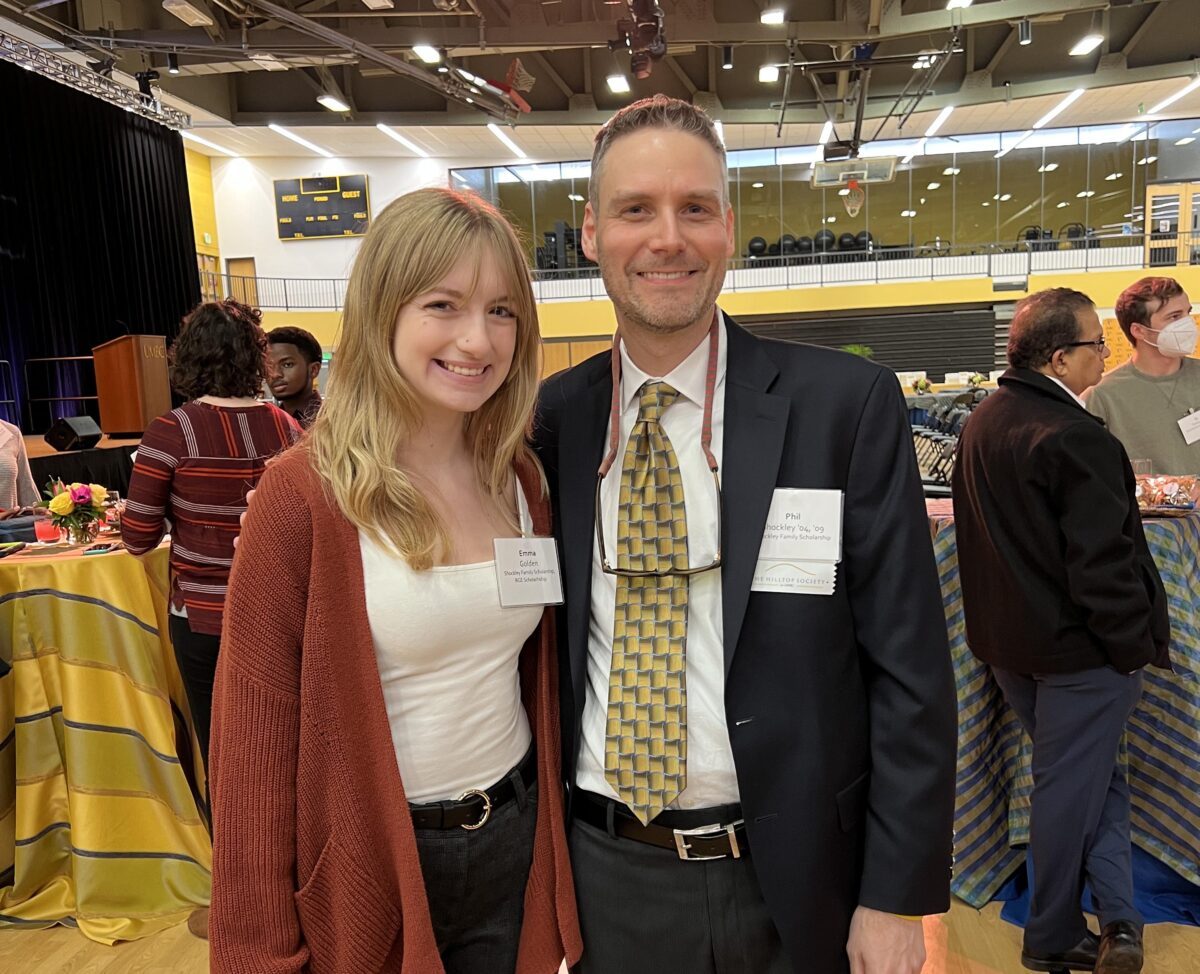