After Sankarshan Murthy got his master’s in mechanical engineering at UMBC, and then a master’s in technology management from the Wharton School at University of Pennsylvania, it was on to Apple and then Tesla and then to his current endeavor: Using technology to create more living space  — mostly by storing furnishings and belongings up near the ceiling, until you need it. 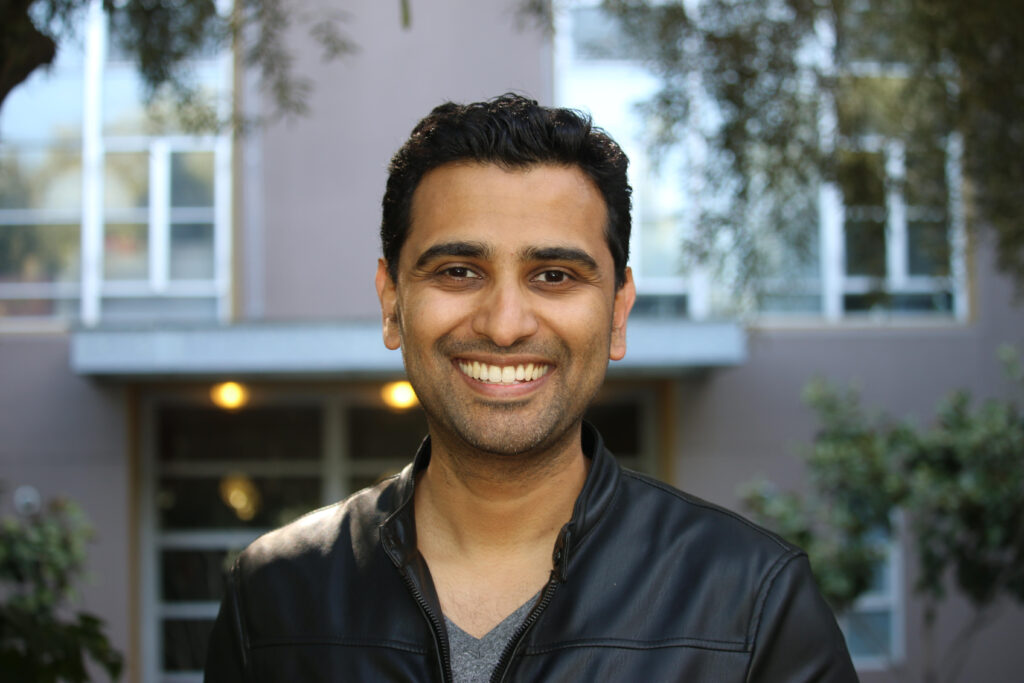 At Apple, where he was a product manager for the iPhone and Apple Watch from 2012 to 2016, Murthy learned the importance of thinking big  — something he eventually hopes to achieve with his new company, Bumblebee Spaces.

“The power of Apple  — everything is based to scale,” he said. “Some of the factories they work with are like cities. So, the impact you can have on Apple products, financially speaking, is so massive. Some of the people working at Apple control in their business units more money than most Fortune 500 CEOs.

“So, I learned about design thinking, but still ready-to-scale mentality. Whenever something’s designed, right from the time it’s sketched, people are thinking about how to make a million of one of these in one day.”

Then it was on to Tesla Motors, the electric car maker, and a different way of thinking.

Tesla co-founder Elon Musk “has set up the organization in such a way that there are no information blockers,” Murthy said. “So, if you find something inspirational to work on, or you find a problem that needs to be fixed, you get to jump on it and take it. That gives a certain level of empowerment to the people working there.”

Murthy said that approach caused him to think more entrepreneurially himself. And the contrasts between Apple and Tesla also led him to believe he could succeed on his own.

“The challenges that the Tesla team works on are pretty massive,” he said. “At Apple, I feel like they’re set up not to fail, because they have lots of money, they have time, there’s the power to wait and see, and then going to the market. Tesla has like 1/20th the number of engineers that Apple has and about 1/100th, or whatever the amount, of cash that Apple has. But, they are a lot more scrappy bunch and the things that they take on are much more ambitious.“

After a year as a staff product technologist at Tesla, Murthy left in 2017 to start Bumblebee Spaces. Already, his San Francisco Bay Area company was been featured in Inc. and the New York Times. Bumblebee says it is “creating a new way to live by unlocking the third dimension — using smart robots and an AI (Artificial Intelligence) stack, we increase usable space and reduce your footprint by storing, managing and retrieving objects on-demand in your ceiling.”

Imagine yourself in tiny apartment in the super-expensive Bay Area. After you wake up in the morning, you don’t really need your bed and your nightstand for awhile, right? So, after a couple of taps on a computer screen, up they go to the ceiling, freeing up space for daytime activities.

The inspiration came, in part, from Murthy’s move from Baltimore to the Bay Area. A mortgage for a three-bedroom house in Baltimore was less than rent for a one-bedroom house, less well constructed, near San Francisco.

“The only way to make housing affordable, without doing big suburban sprawl, is to make the best use of space possible,” Murthy said.

“The thing that we want to unlock is space.”

Tom Kertscher is a PolitiFact Wisconsin reporter for the Milwaukee Journal Sentinel. His reporting on Steven Avery was featured in Making a Murderer. He’s the author of sports books on Brett Favre and Al McGuire. Follow him at TomKertscher.com and on Twitter: @KertscherNews and @KertscherSports.