Here at UMBC we often like to take the time to recognize those alums that have gone above and beyond the call of duty. This week we are featuring Lieutenant Colonel Raymond J. Placiente of the Marine Corps ’92, computer science and Staff Sergeant Martin Mann ’15, social work of the U.S. Army Reserve who have made invaluable strides for our country while doing the name of UMBC proud. 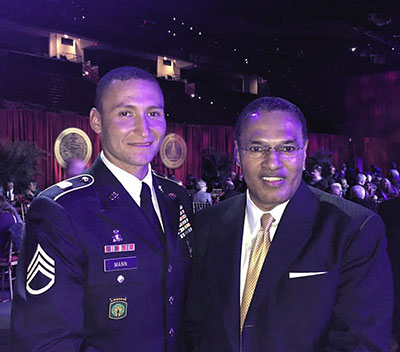 Martin Mann ’15, social work, shares about his experience as a student at UMBC’s Shady Grove campus and his military career at Chancellor Kirwan’s retirement celebration. Staff Sergeant Mann spoke before an audience at Chancellor Kirwan’s retirement where he tells his story of the challenges that being a non-traditional student has had on his education but also the empowerment and support he has received from the Universities at Shady Grove, UMBC. He says that choosing to attend UMBC at Shady Grove was one of the best decisions he has ever made. 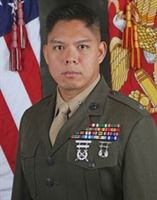 Raymond J. Placiente ’92, computer science, discusses the transformation of the Low Altitude Air Defense Command in the Marines. Lieutenant Colonel Placiente talks about how supporting the infantry is a key component to achieve success within LAAD and the need to invoke change by the introduction of new technologies in order to combat threats made against the country.