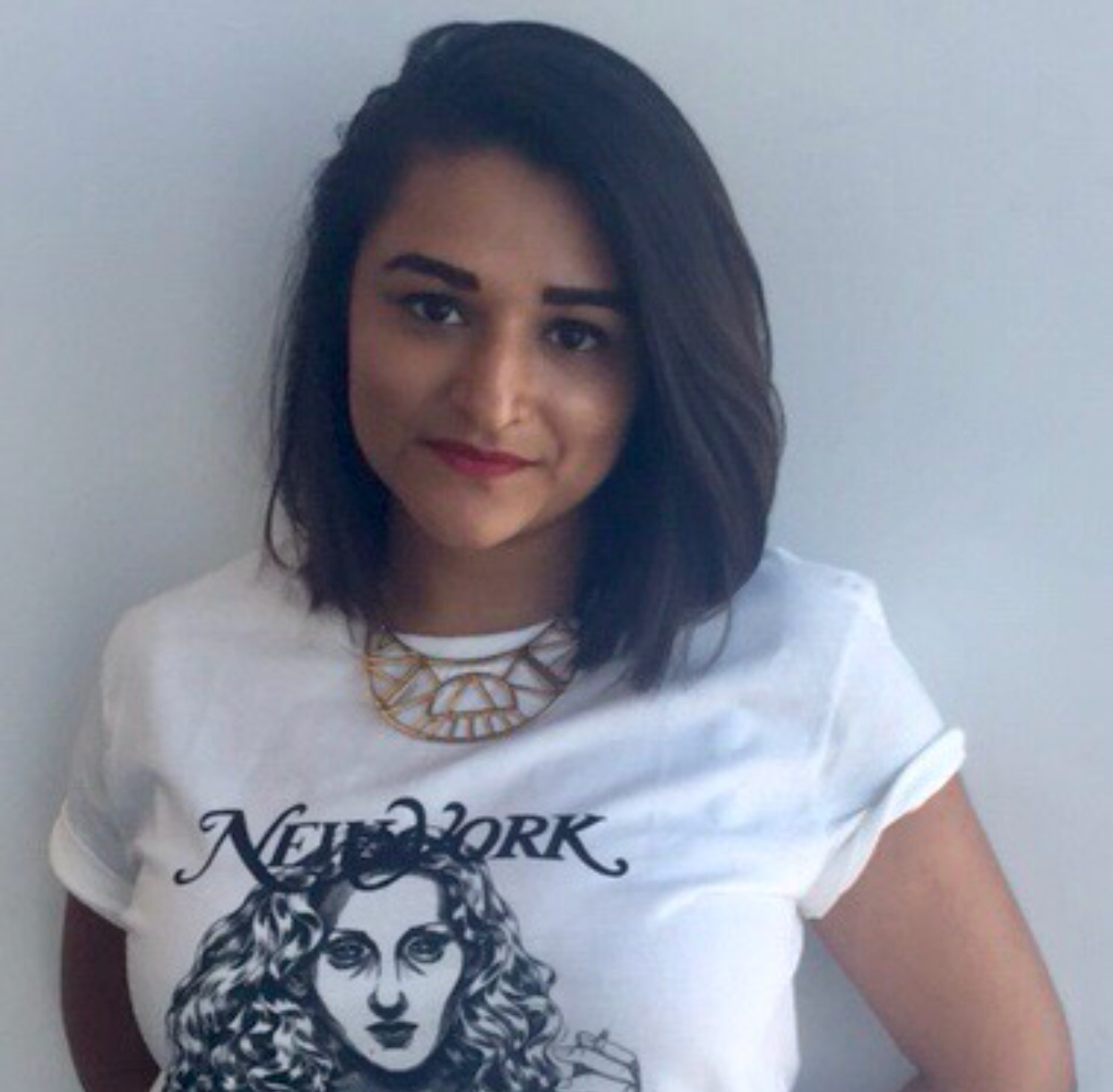 When Saira Khan ’09, English, was accepted into UMBC, she had just moved back to the United States form Pakistan. As Khan reacclimated to the country, she found UMBC’s welcoming campus a good fit.

“I didn’t want to go to a campus with tens of thousands of students,” says Khan, who spent two and a half years as a student manager for Commonvision, designing and developing media strategy. “UMBC was the perfect choice.”

Kahn will receive the Outstanding Alumna in Humanities award at the UMBC Alumni Awards ceremony on October 4.

Since then, Khan has come a long way, achieving in less than a decade more than some aspiring journalists achieve in their careers. In January 2018, Kahn was promoted to Director of Social Media for The New Yorker after leading the publication’s social media team to a significant increase in follows across all social media platforms, the launch of the 24,000-member Movie Club on Facebook, and live-tweeting coverage of events like presidential debates, awards shows, and The New Yorker Festival. In her current role, Khan oversees the development, design, and execution of the publication’s social media strategy. In 2018, Khan’s team at The New Yorker was a finalist for the 2018 Ellie award in social media.

Prior to joining The New Yorker, Khan was a founding member of Facebook’s Trending Team, providing real-time editorial insight and curation for the social media platform. Khan considers her work at Facebook as one of her greatest personal successes, though met challenges. “It was not a rewarding job but the work was important,” says Khan. “My greatest challenge was defending the integrity of this work from misinformation, which resulted in [Facebook CEO and co-founder] Mark Zuckerberg being asked to testify before Senate.”

As a freelance writer, Khan’s journalism – featuring topics ranging from queer artists to cleaning up crime scenes and personal essays about literature, street harassment, and dating – has appeared in A Woman’s Thing, The Atlantic, The Baltimore Sun, Bustle, Dawn, The New York Times, The New York Times Magazine, and newyorker.com.

After graduating from UMBC in 2009, Khan worked in financial publishing and freelance writing for Dawn, an English newspaper in Khan’s native Pakistan, and The Baltimore Sun before moving to New York to pursue a Master of Science at the Columbia University Graduate School of Journalism. In December 2016, Khan co-founded High-Strung, a monthly newsletter + playlist with fellow New York-based creatives; their work has been featured in a variety of local and national publications.

REGISTER TODAY: Join us Thursday, October 4, to celebrate these individuals at the Earl and Darielle Linehan Concert Hall.