In January 2020, 14-year-old Jalaiah Harmon created what would become one of the biggest viral dance sensations on TikTok.

But few users knew that Harmon, who is Black, invented the dance, which she dubbed the Renegade – at least not until a month later, when The New York Times drew attention to her case. That’s because a TikTok user had copied the dance, and it was that TikToker’s rendition that went viral.

Because Harmon didn’t get credit, she wasn’t able to reap the benefits of more views and followers, which, in turn, could have led to collaborations and sponsorships.

Harmon is only the latest in a long list of women and people of color whose choreography and dance work have been pilfered for profit – a story that dates back to the origins of jazz dance in the 19th and early 20th centuries.

But these days, TikTok is the battleground – and it isn’t just Harmon who’s had her work lifted. In June 2021 several popular Black creators were so fed up with having their dances stolen or not credited that they decided to join forces and go on strike, refusing to post new dance content to bring attention to the issue.

Laying claim to a dance isn’t as straightforward as, say, a poet saying they have exclusive rights to a poem they’ve written.

Designed to protect “intangible cultural goods,” copyright, according to the U.S. Copyright Office, gives “Authors and Inventors the exclusive right to their respective Writings and Discoveries.”

Established in the hopes of rewarding innovation and promoting progress, the first U.S. copyright laws, which were established in 1787 and 1790 and based on statutes from Britain, didn’t grant rights to artists and dancers. Only writers were protected.

In fact, the very concept of owning choreography didn’t exist until the 20th century when dancers started to lay claim to their work in court.

However, little came of Ismail and Hunter’s efforts. More attempts would follow. In 1963, performer Faith Dane sued M&H Company for royalties for her choreography in “Gypsy” and lost. In the 1950s and 1960s, choreographer Agnes de Mille advocated for copyrights specific to choreography because she got very limited royalties for her work on the hit musical “Oklahoma!”

It wasn’t until 1976 that copyright protection was updated to specifically include choreographic works.

A delicate dance with copyright

But this hasn’t exactly led to a windfall of royalties for choreographers.

Congress has established four guidelines to determine whether a work can be granted copyright protection: originality, fixation, idea versus expression and functionality.

In choreography, it’s the fixed “expression” that’s being protected, not the “idea” behind it. This is why New York City Ballet can copyright their choreographed version of “The Nutcracker,” but other artists can create their own versions or expressions of the story as plays, storybooks or choreographed dance.

Artists and scholars still debate what, exactly, it is that a dancer or choreographer is trying to claim as their own. Is it the dance as a work of art, the choreography or the specific performance?

So while creators can apply to register the recorded expression of their idea with the government, many choreographers – perhaps due to so many gray areas in what is eligible for copyright – still don’t realize that they they have something of value that can or should be protected.

George Balanchine, the founding artistic director of New York City Ballet, had a heart attack in 1978. But he did didn’t draw up a will until he was told the dozens of dances he created would generate licensing income that would go to next of kin unless he directed otherwise.

When pop culture pulls from avant-garde

Both artists made public statements acknowledging what happened. It seems that though a substantial amount of De Keermaeker’s movement was transposed into “Countdown,” it was also transformed – from a white, elite avant-garde setting to a Black pop culture setting. A case could be made for fair use, the doctrine that permits the unlicensed use of copyright-protected works in certain circumstances. https://www.youtube.com/embed/2XY3AvVgDns?wmode=transparent&start=0 Beyoncé’s ‘Countdown.’

Nonetheless, this episode illustrates the gray areas of what is protected by copyright. Does performing someone else’s dance movements in a new setting – for an audience who may not have any connection or knowledge of its origins – make it OK? Does this make it a new work?

Copyright protection was devised primarily to promote progress. The thinking went that if authors and artist were given control of their work they would create more original work, earn a living from it and continue creating.

But the incentive for progress can also exist outside of copyright protection. This is what dancer-turned-lawyer Jessica Goudreault argued in a 2018 article for the Cardozo Law Review.

She writes that for some dance styles “the field might never evolve without the opportunity to copy,” which “sustains and encourages innovation.”

I would argue that this applies to the dances on TikTok. Without the ability for users to freely imitate the dances, those moves wouldn’t go viral. The creators of the dances would not get their moment in the Sun – however brief it is in social media – and other creators might be less inspired to innovate if they didn’t have the examples of those who came before them.

[Over 106,000 readers rely on The Conversation’s newsletter to understand the world. Sign up today.]

Can copyright protection even work for TikTok?

If TikTokers and choreographers are looking to license a new dance, should they rely solely on the copyright system and all its restrictions? Or is there another way to get credit and promote innovation in dance?

When dance videos are posted to the web, they are, by default, protected under copyright. In theory, this should prevent dancers from having their work used by others without permission.

In reality, it is often difficult to know who made it first and what constitutes fair use. When does doing some dance steps turn them into a new dance piece? Furthermore, discovering the original author or authors of a dance isn’t easy.

I would suggest that common law copyright is not the right solution here – and that the principles of Open Source might better serve creators.

Open Source, a social movement by computer programmers, is underpinned by licensing criteria that ensures integrity of authorship, among other principles. Open-source licensing could resolve the issue of the correct people receiving credit for their works. This could take the form of an Open-source license – which has yet to be clearly laid out for dance works – or a Creative Commons license with a “CC-BY” designation that requires attribution, but leaves space for copying, adjusting, remixing and innovation. For this to happen, TikTok would need to add a time and date stamp, in addition to a license preference feature.

Perhaps honoring legacies and influences by naming where something came from can begin to heal the damage that’s taken place over the years to people of color and other choreographers who’ve had their work cribbed with nary an acknowledgment or thanks.

Header Image: Laying claim to a dance isn’t as straightforward as doing the same for a poem. Tara Moore via Getty Images 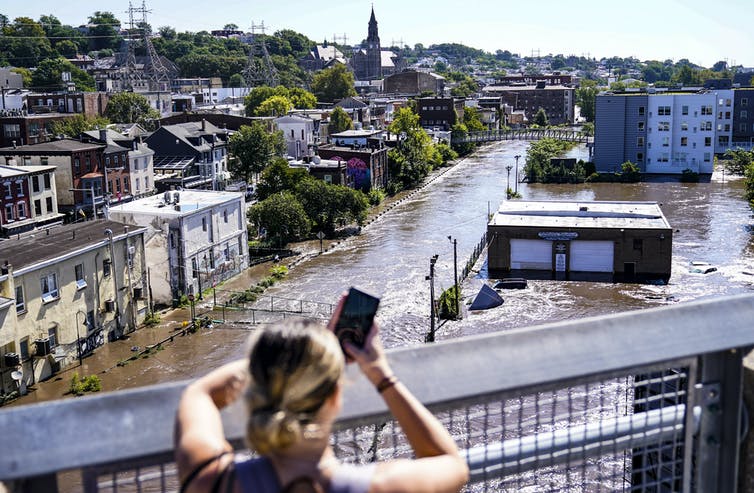 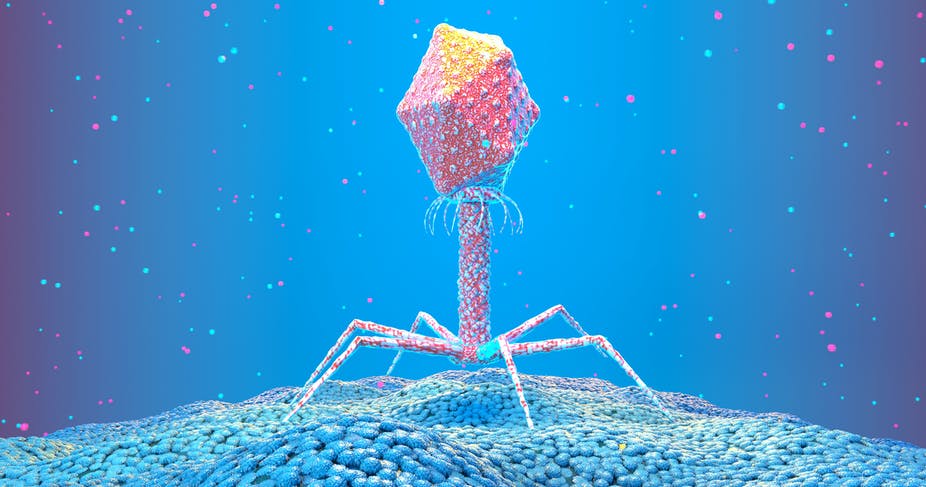 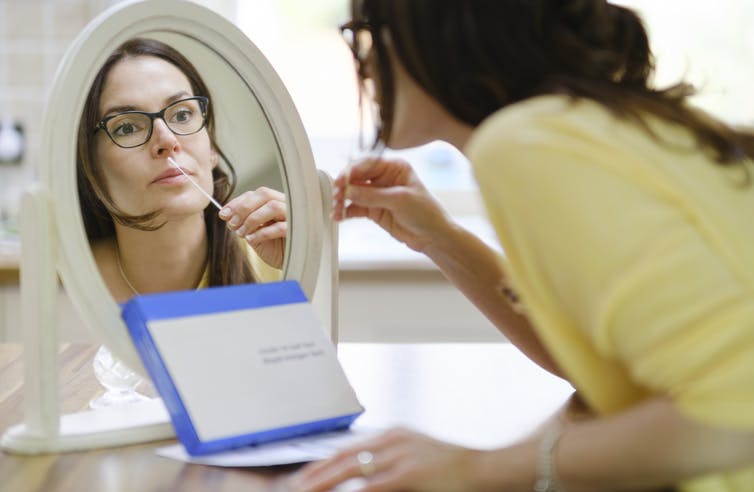