The tough-minded attitude that pitcher Jay Witasick ’93, learned on the way to the major leagues served him well during a 12-year career there – and informs his work these days with TWC Sports Management in Timonium.

“I was mentally tough,” says Witasick. “No matter what happened in the game, I was ready the next day. When the game was over, the game was over. Even today in business, I never let any one game or one out define a whole career.”

As a transfer to UMBC as a rising sophomore, Witasick posted a 7-5 record for the Retrievers over two years. He was 4-1 with four complete games in 1993 and finished second in the nation with 12.3 strikeouts per game. He signed a professional contract with the St. Louis Cardinals, who picked him in the second round of the 1993 draft.

Witasick finally broke into the major leagues with the Oakland A’s in 1996 and pitched for seven teams over 12 years. A starter early in his pro career, he then shifted to the bullpen – from which he made 349 of his 405 appearances and retired with a 32-41 record and a 4.64 ERA.

Today, Witasick guides a new generation of players – both at TWC and as an assistant baseball coach at Harford Community College. Players under his tutelage benefit from the experiences of his battling baseball career, but his own memories center on the joys of that life in Major League Baseball.

“I enjoyed every day I played in the big leagues,” says Witasick, who played in two World Series. “I felt like a kid for 15 years straight. It’s fun. That’s the way it should be.” 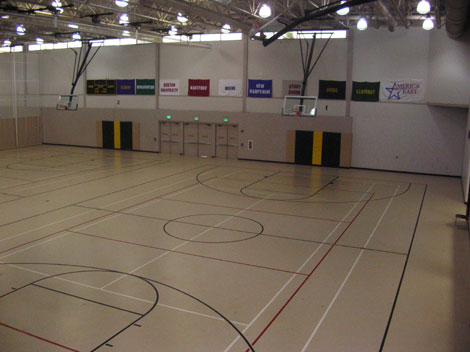