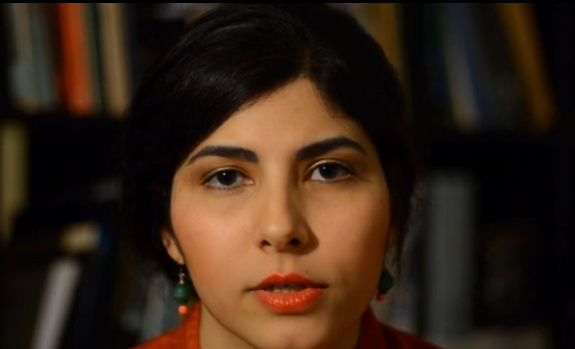 A native of Iran, Sara Khaki ’10, visual arts, has seen the after-effects of war first-hand. Now she’s combining her passion for film making and the love of her home country into a documentary that examines how one doctor has “dedicated his life to offering hope and healing to those whose lives and bodies have been ravaged by war.”

Khaki’s film, “Facing the Mirror,” recently won the Center for Asian American Media’s “Ready, Set, Pitch” award — along with $5,000 in research and development funding to help expand the documentary to full-length. She is also currently running an indiegogo campaign to raise funds; read more about the effort here.

“This story is very close to my heart,” said Khaki, who after UMBC earned an MFA in social documentary film making from the School of Visual Arts.

“I grew up in Iran during and after the Iran-Iraq war. I remember walking in the streets and seeing men with missing limbs. It was considered normal for men to go to war and, if they survived, to return as different people — sometimes physically, sometimes psychologically, often both. I witnessed not only the visible scars, but the long term effects that war had on the people of my country.”