For a university that’s only turning 50 next year, UMBC has already developed some pretty significant stories. The Doyle family story, which begins with the Fab Four graduating class of 1970 and continued through the founding of the Honors College and Freeman Hrabowski’s presidency, is one of the oldest. For this family, college provided much more than an education. 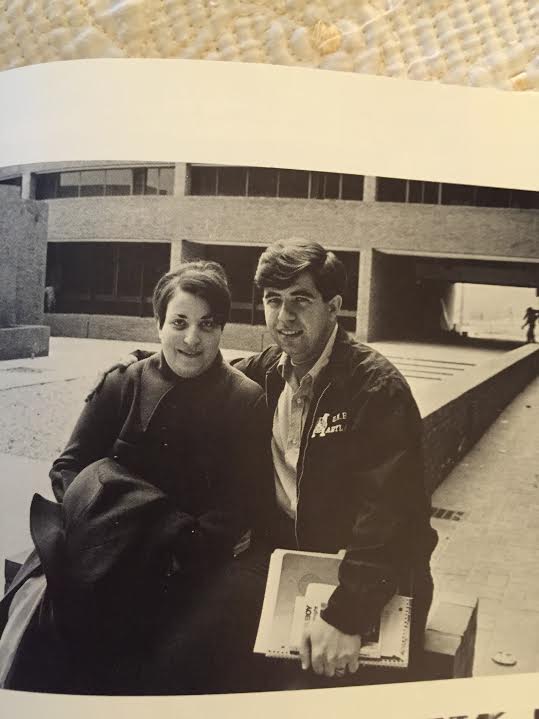 “It Was Magical From the Beginning” – Ed and Sharyn’s Story

Ed ’70, psychology, and Sharyn Doyle ’70, psychology, met through a mutual friend at the end of their junior year back in 1969, when UMBC was barely in its infancy, and married in November of 1970. Back then, the school was only a couple of academic buildings set upon a wide circle of farmland, and the psychology department, which graduated them both, only had one professor.

“I have a warm spot in my heart [for UMBC],” says Ed. He graduated from college despite his severe dyslexia “which was a huge deal” back in 1970. As a senior taking freshman English, Ed read his first book – Emile Zola’s L’Assommoir –  all the way through in the halls of the Albin O. Kuhn Library, taking up to a half hour per page.

“I would spend days and hours in the UMBC library,” he says. “I wanted to achieve my degree and my coming life with Sharyn.”

“[UMBC was] a very positive environment for me,” he says now.

They both remember UMBC as a place where it was cool to be smart, something many cite as the reason they came or stayed here. “That was there from the beginning,” says Ed.

Ed and Sharyn both went on to have interesting and varied careers. Sharyn earned an education certificate along with her psychology degree, and spent 36 years with the Anne Arundel County school system, working her way up the ladder from student teacher to principal before moving into human resources and testing research. Today, she travels to schools across the country as an independent HR consultant.

Ed started off working with juveniles before making a complete career change, after 22 years, to computers. He was entirely self-taught, and managed the payroll for state Medicaid, the one job, he says, in which “you cannot make an error.” He is now retired, and in addition to spending time with family, he volunteers at the Baltimore County Senior Center, where Sharyn also sits on the board.

Their 45-year union has seen many challenges, health issues chief among them, but it’s one that has ultimately withstood those challenges, growing and changing along with the school where they met. 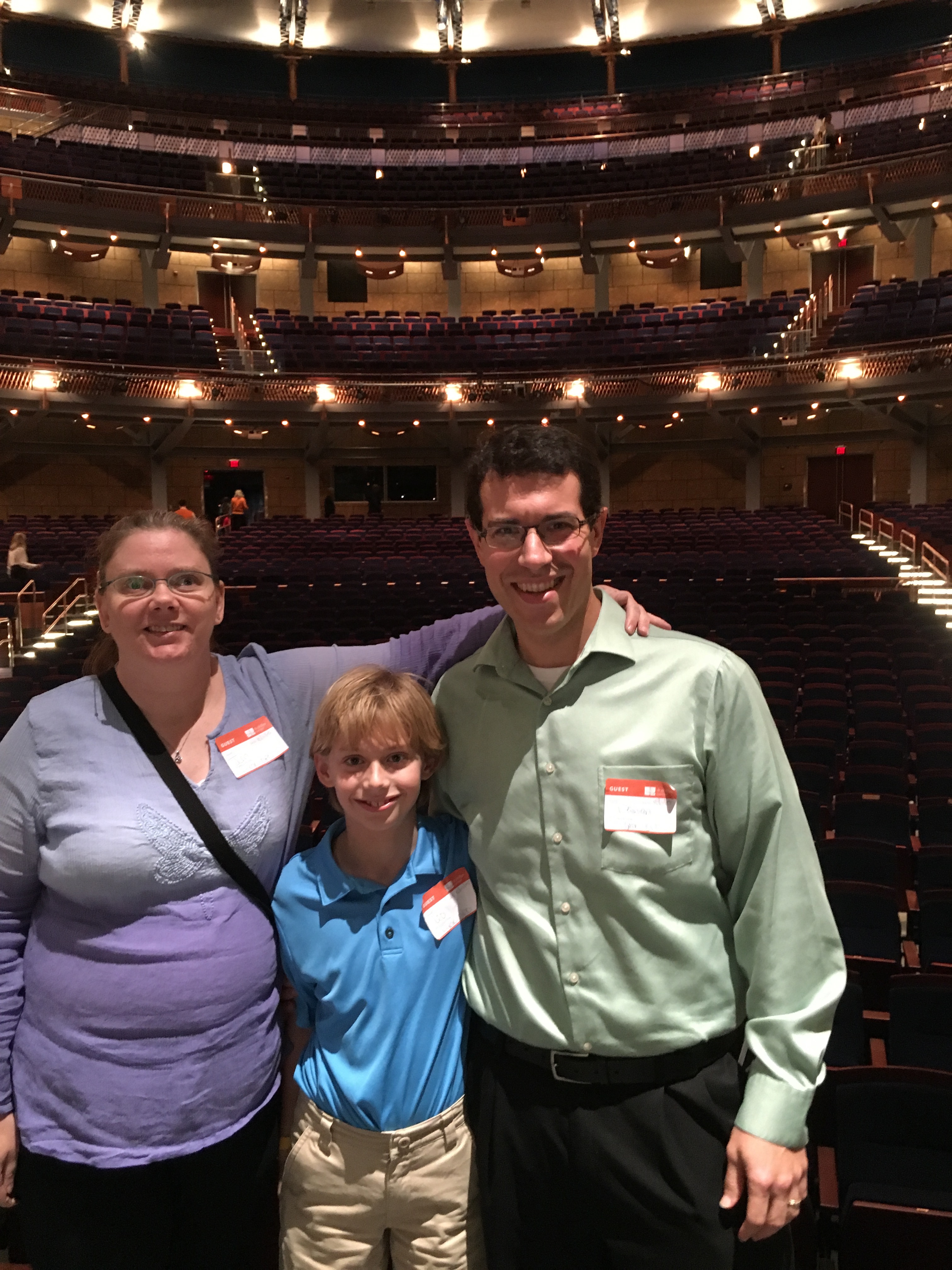 “This Place Seems to Get Along” – Damian and Jen’s Story

As the university grew, so did the Doyle family. Ed and Sharyn’s son Damian Doyle ’99, computer science, was born in 1977. Damian, who was one of the inaugural members of the Honors College, is the Director of Enterprise Infrastructure and Support for UMBC’s IT department. He is married to Jen Doyle ’93, English, whom he met while they both worked at the Catonsville library.

Damian chose UMBC over Hopkins not because both his parents went here (though there was, in their words, no pressure), but because he felt like an individual here. When he visited as a high school student, the head of the Honors College talked with him, and one of the computer science professors pulled him aside to show him the research he was working on. He walked away from that experience with the impression that UMBC was a school invested in the success of all of its students.

“It felt much more intimate, much more personal,” he says.

Today, he works with undergrads frequently as part of his job, and continues to admire UMBC students’ willingness to learn and grow.

“It’s been really cool…to watch [Dr. Hrabowski] put [UMBC] on the map,” Jen, who now works for the Remax New Beginnings real estate office, says in agreement. “It’s been really neat to see it turn into something magnificent.”

It all started here for this UMBC family, and Sharyn says she hopes her grandson Leo, who will turn 10 later this year, can continue that legacy into the future.

Photos provided by the Doyle family.