The third annual Light City festival shone as brightly as ever this year, bringing art and ideas to hundreds of thousands of visitors to Baltimore’s Inner Harbor.

Included among spotlit talent from around the world was a broad selection of work and scholarship from the UMBC community. Launched by the Baltimore Office of Promotion and the Arts in 2016, Light City Baltimore is the first large-scale international light festival in the United States, and it attracts hundreds of thousands of visitors each year.

We hope you will enjoy these highlights from UMBC’s week at Light City 2018, including The Herd, the Spark II Gallery, Labs@LightCity, and alumni and donor receptions. Photos by Marlayna Demond ’11 for UMBC Magazine.

[PHOTO ABOVE] Associate professor Kelley Bell ‘06, MFA, created a sea of vinyl “herdlings” to bring attention to the poor health of Baltimore’s waterways, and the fact that the harbor is not clean enough for children to swim in. After floating hundreds of the creatures for Light City, the herdlings will be sold, with all proceeds going to three non-profit partners: Waterfront Partnership’s Healthy Harbor Initiative, the Baltimore-based performance group Fluid Movement, and the Living Classrooms Foundation. Read more about the project here. 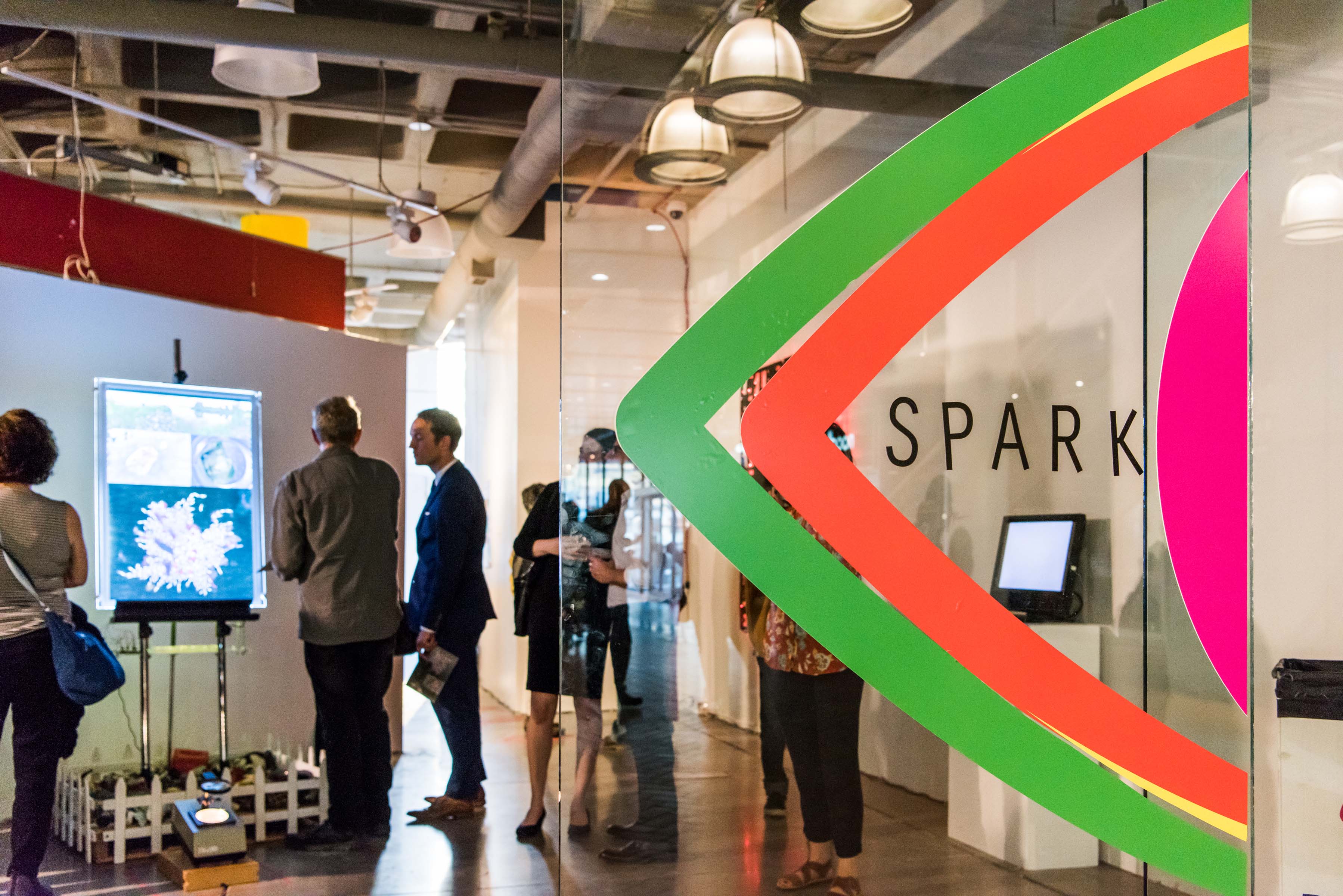 Spark II, a pop-up gallery of projection-based artworks was on display in Harborplace’s Light Street Pavilion during Light City Festival. Made possible through the vision and generosity of PNC, the gallery featured the work of UMBC faculty and graduate students, as well as artists from Towson University. 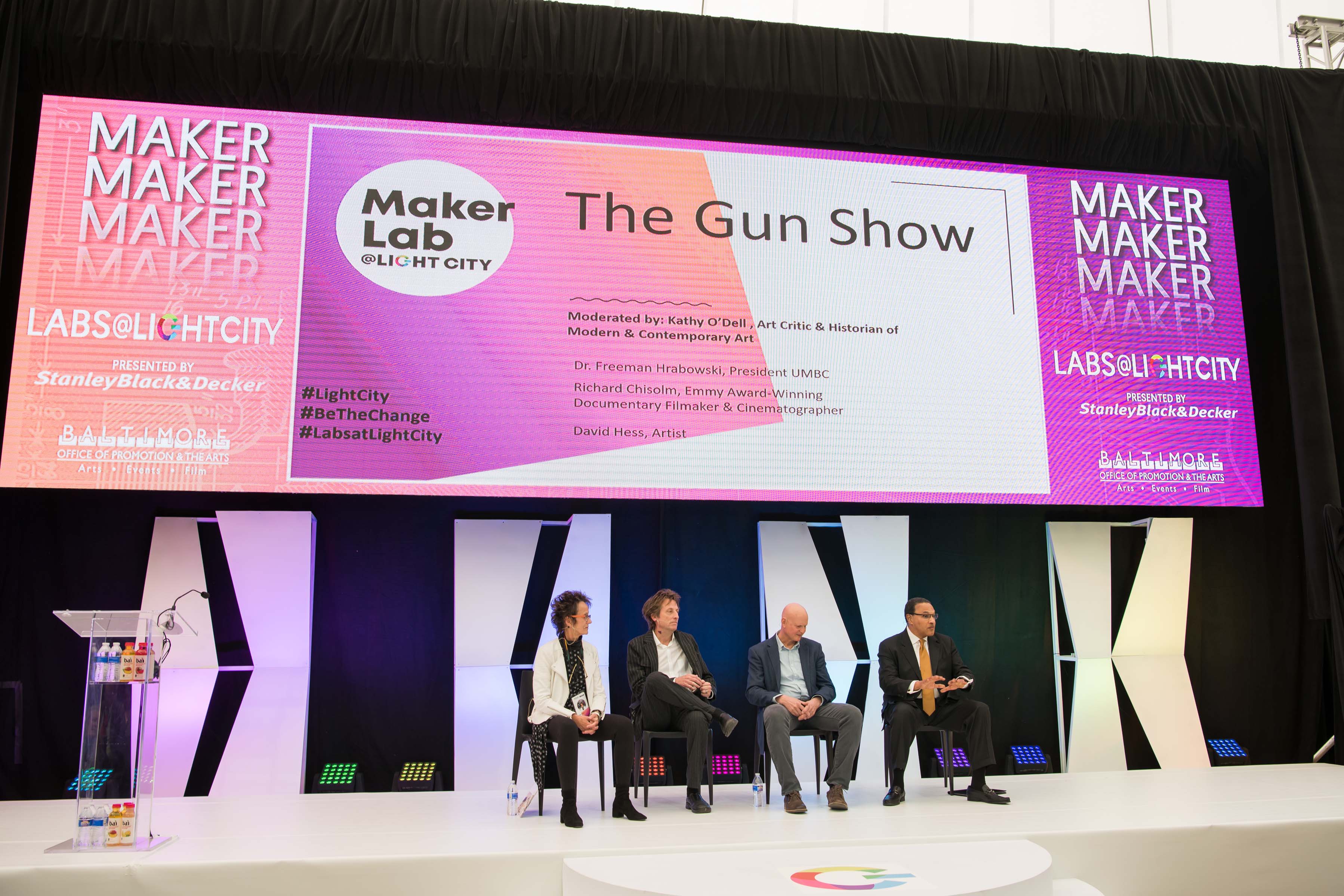 President Freeman Hrabowski joined Kathy O’Dell, associate professor of visual arts, special assistant to the dean for education and arts partnerships, College of Arts, Humanities and Social Sciences; Richard Chisolm ’82, interdisciplinary studies; and artist David Hess in the discussion “The Making of Gun Show” to reflect on the 2017 exhibition Gun Show at UMBC’s Center for Art, Design and Visual Culture. The show was created to foster dialogue about gun ownership and gun violence.

Alumni and donors came from near and far to enjoy the sights of Light City Baltimore, and to reconnect with fellow Retrievers. See additional photos from the UMBC Alumni Reception at the Baltimore Visitor Center here, and find more photos from the VIP Reception here.