The Commons and Quad and Academic Walk bustle with students and faculty and staff going busily about the business of learning. Classrooms and labs are filled with the sounds of lectures and discussions – or the concentrated silence of experiments and exams. The parking lots are full – and parking services employees write tickets to the scofflaws.

But there is also a great deal going on at UMBC and in its vicinity before most people turn their cars onto the Loop or exit a bus each morning. So we asked writers and photographers to set their alarms and capture some of the morning sights and sounds of the campus waking up. These early birds found not only their worms – but much more.

It’s April, and it’s snowing. A high school crew team has already turned tail and canceled practice. A few UMBC rowers look expectantly to Renee Foard ’00, chemistry. “You can row in the snow,” she says, in perfect coach deadpan. 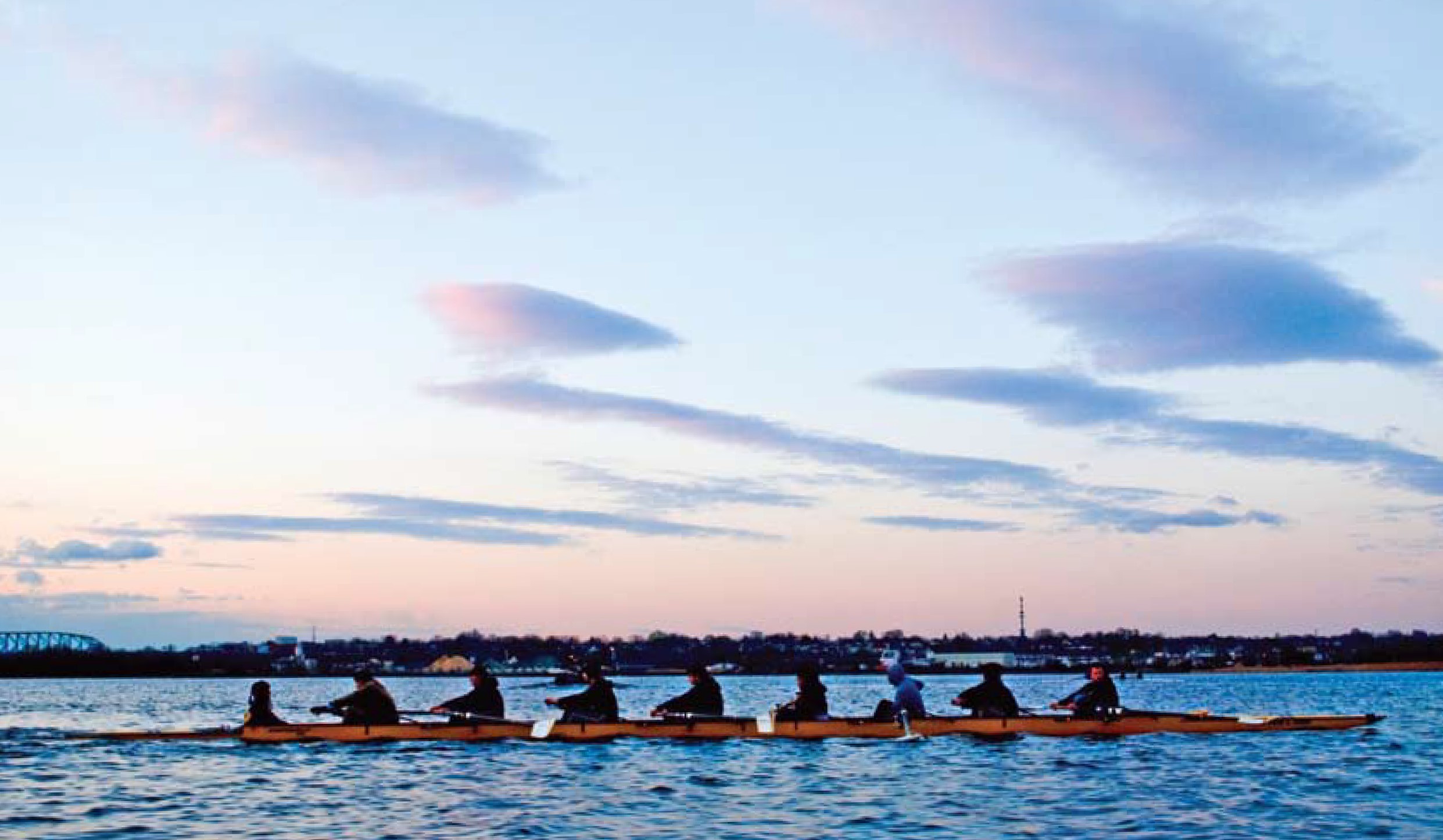 Minutes later, they ease their yellow eight-seater into water that is several degrees warmer than the air surrounding them at this hour. The coxswain, Allison Tullier ’12, shouts drills from the stern. In the dark, with the city lights twinkling, the boats resemble airplanes on a runway.

The sun rises slowly behind the team as they cut through the wake of nearby shipping crafts, rounding a buoy just off the coast of Fort McHenry. The red in their cheeks is not sunburn.

“People think we’re crazy,” says Foard. “But I love it. There’s a lot of grace to this sport.”

UMBC’s ROTC cadets are powering through a regimen of calisthenics and three grueling rounds of push-ups. As much as the routine tones the bodies of future Army officers, it also creates camaraderie. 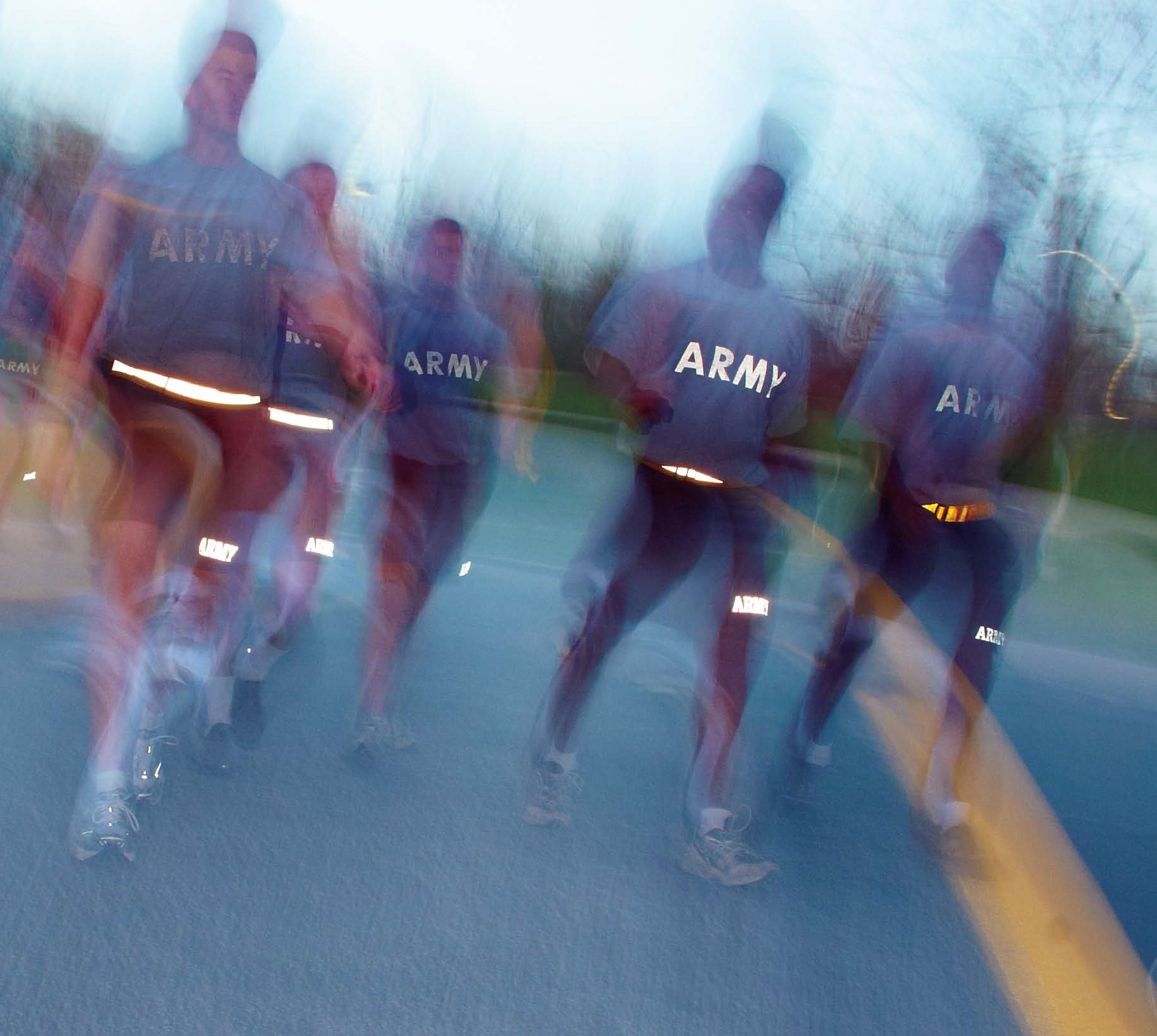 “Really a tight-knit group,” observes Staff Sergeant Michael Bishop. “They go to breakfast after training, those that don’t have class, and attend a lot of events together.”

At 6:32 a.m., the group assembles outside the Retriever Activites Center to begin a two-mile run along the inner-circle of the loop. The first runners appear in the distance 15 minutes later.

After the run, the cadets gather in a circle and reflect upon their morning session.

One sweaty cadet quips: “Should we do caterpillar pushups?” He’s greeted with a collective and exhausted reply in the negative.

They say that the early bird gets the worm, but the truth of the matter is this: On most any university campus, the mealtime options available to willing and waiting wildlife are more like a Vegas all-you-can eat buffet. 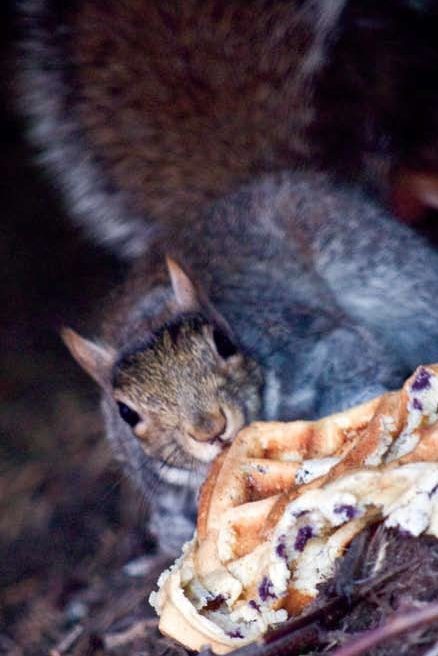 Dash the physics of it all, it must be thinking. Hunger triumphs over mass as this tenacious grey squirrel

darts from beneath the bushes to pick up the waffle. It takes a guarded bite, and carries its windfall back to its secret lair. No syrup necessary.

Either physics lecturer Eric Anderson’s class is tough, or his students are very motivated. Or maybe both.

By 7 a.m., five people in the Albin O. Kuhn Library Atrium are studying for Anderson’s physics test at 8 a.m. Three of them have been there since 6 a.m. No one is dozing off.

Compared to the atmosphere in the open-all-night Atrium during finals week, Porter observes that 6:30 a.m. isn’t all that early – or late, depending on your perspective.The Atrium is also preferable to a steering wheel. Commuter Aimee Porter ’11 is prepping for the same exam. “We come to the library because we don’t like studying in the car,” she says.
“Studying here keeps us awake because we’re not in our dorm rooms,” says Rose Wilson ’10.

“You should see this place around 3 a.m. There are sleeping bags all over the place,” says Porter.

I have always been a morning person. The drive to work is easier – and with less traffic and stopping, it’s also more environmentally friendly. Sometimes the world gives you a treat, and the gate to the parking lot is open, and you drive right through. You have your choice of parking spaces.

Then there’s the view. As one walks down the hill from Lot 16 on a bright sunny morning, one sees UMBC’s campus in its quiet beauty. 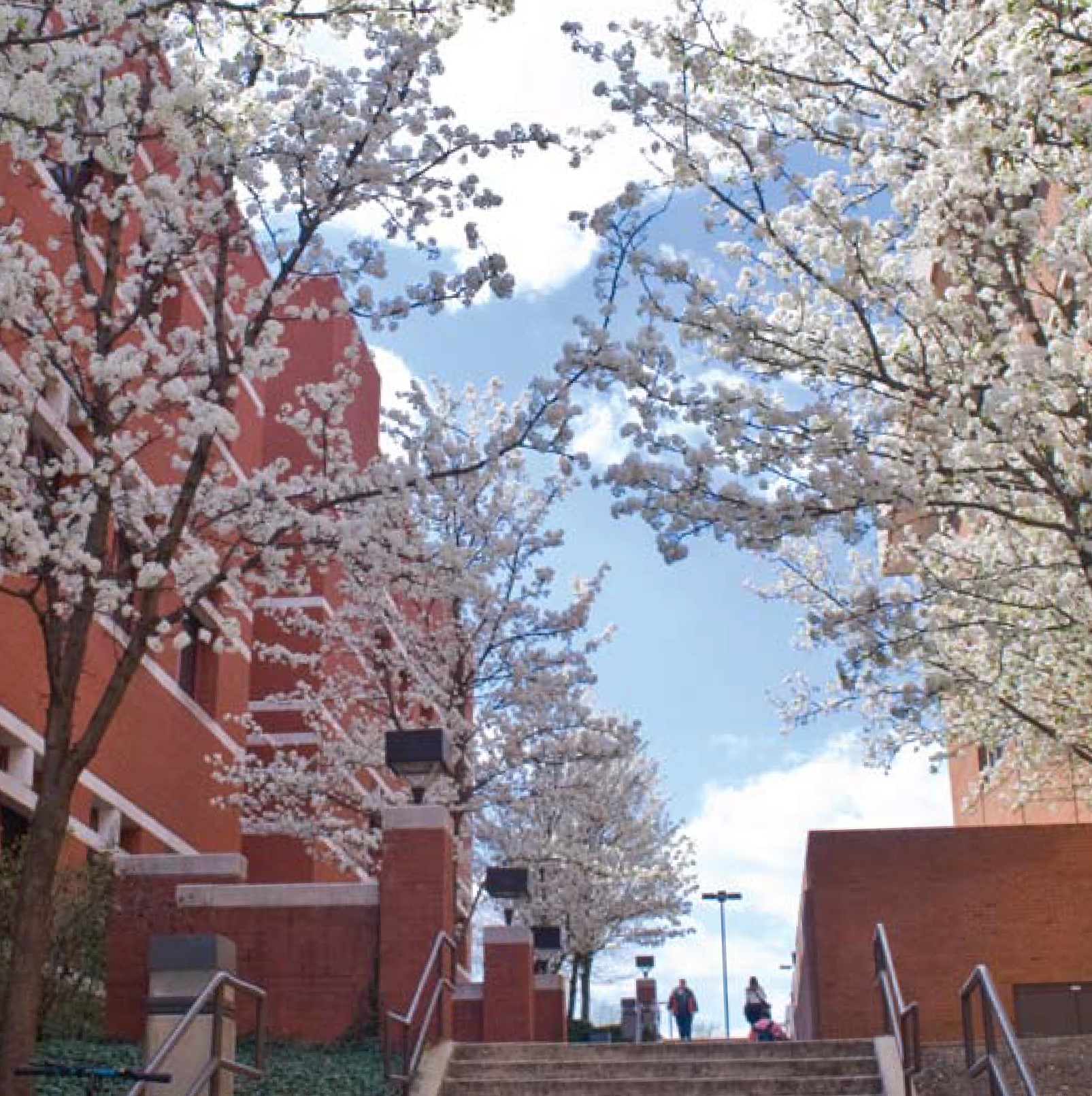 Freshly waxed and buffed floors greet you with a shiny smile. Mostly I look at my calendar and prepare for the day—or catch up on emails. Department chairs can’t plan for the day. Everyone else does it for you. The most you can do is be ready for what may come.

If I have the time, I’ll walk the building, greet others who started the day early, and appreciate the wonderful life with which I have been blessed.

The building shines like a beacon through the rain and gray dawn sky. There is warmth inside. And food.

There are no lines in the dining hall at opening time. No fight for a table big enough to fit the group. At this hour, most students are alone, moving silently with trays and textbooks balanced precariously. Only two people – both studying – sit in the half-darkness near the salad bar.

The low murmur of workers preparing food and the distant clang of dishes punctuate the silence. The steam from empty warming trays curls upward to the red and yellow mottled lamps above.

Crew team members and ROTC cadets arrive. The hall gets more boisterous. One girl from the crew team is on a mission for fruit. She drafts team members and they return bearing an armload of apples and a single orange.

The main fruit gatherer is barefoot the entire time. But don’t tell the dining hall staff. It’s probably against the rules.

Senior music major Danielle Spaeth ’09 is used to keeping odd hours. A flute player since fourth grade, she regularly practices 10 hours a week, most of them in the early morning. Only 10 days away from her senior recital performance of a Bach sonata, Spaeth was up till 3 a.m. the night before, talking with her husband, Brandon, who is a senior airman with the U.S. Air Force’s military police in Kandahar, Afghanistan.

“He’ll sometimes end up calling me during practice,” she says. “Whenever he gets to call is completely random.”

They were married in November, 2008. Brandon is scheduled to return home this fall. Until then, she waits, and practices, her wedding ring gleaming as her fingers dance delicately on the keys.

At an early meeting, Chase York [YEAR] and other workers in the Shriver Center’s Choice Program huddle in a meeting room to talk about what’s happening with the at-risk high school students for whom they serve as counselors and monitors. Workers tend to pull 50 or 60 hours a week, supporting the students whom they have been assigned.

York heads out to visit her assigned students at schools after the meeting. At Catonsville Middle School, the conversation with her student ranges from bowling to disgust about the school’s gym uniforms.

At the Catonsville Center for Alternative Studies, York’s student has refused to complete an art assignment: Draw an elephant with seven legs. Her concern over attendance issues and poor grades is met with apathy.

So York dangles the promise of a trip to McDonald’s in return for renewed focus on schoolwork. The prospect of fast food seems to do the trick. 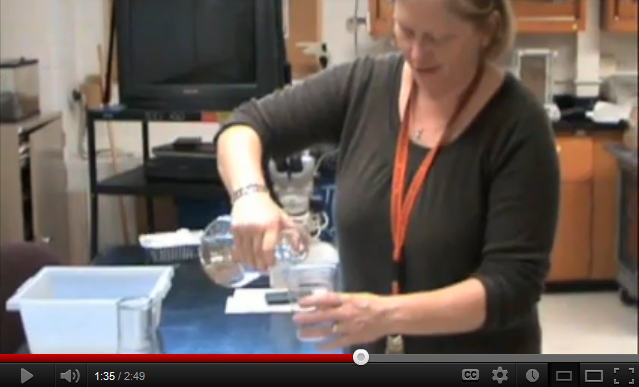