In a Wired article published on June 23, Psychology Research Professor and Professor Emeritus Robert Provine shared insight into why humans yawn when they do. Provine has done extensive research on the topic and is author of Curious Behavior: Yawning, Laughing, Hiccupping, and Beyond. 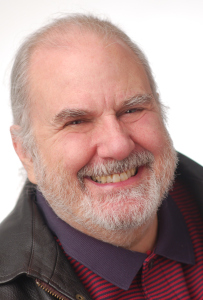 In the article, Provine noted that we tend to yawn when we are tired: “Right after waking and before bedtime,” he said, “which is consistent with yawning’s role in facilitating state changes: sleep to wakefulness, wakefulness to sleep, arousal to de-arousal, or vice versa.”

When further examining the reasons for yawning beyond physiological state changes, Provine shared that, “Nervous people will definitely yawn more, but there haven’t been a lot of formal studies investigating why.”

The article also stated that: “Some psychologists, including Provine, suggest that anxious yawning could be an example of what’s known as a displacement activity—i.e., behavior that results from an uncomfortable or stressful situation and that seems out of context. Examples in humans include scratching one’s head, stroking a non-existent beard, or repeatedly tugging on an earlobe. Animals do it too. Ever see a cat go after a bird, miss, and then immediately start grooming itself? That’s not some awkward attempt to play it cool. It’s a displacement behavior.”

To read the full article “Big Question: Why Do I Yawn When I’m Nervous or Stressed?” click here.