On Friday, May 23, WYPR’s Maryland Morning aired a segment that focused on the role that visuals have played in citizens’ understanding of the military and terrorism since September 11th. Rebecca Adelman, an assistant professor of media and communication studies and author of Beyond the Checkpoint: Visual Practices in America’s Global War on Terror, participated in the discussion along with MaryAnne Golon, director of photography at The Washington Post. 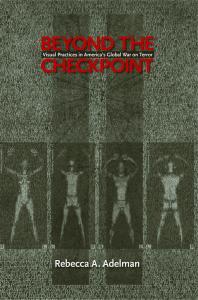 Adelman opened the conversation by discussing the role security camera footage of the September 11th highjackers played in the public view after they were released several years after the attacks.

“What’s really interesting to me is the way that those images mark a limit of those visual systems that are designed to keep us safe,” Adelman said. “As surveillance cameras, they functioned perfectly,” she added. “But they did nothing to keep the country safe.”

Adelman also discussed what the future may hold for citizens’ perception of images of war and terror: “The relationship between state and media and citizen is going to get a lot more complex, particularly as the role of the visual in fighting the war itself changes as we talk about things like drones which have everything to do with visibility and invisibility. We’re going to hear a lot more about questions of transparency.”

You can listen to the full interview on Maryland Morning by clicking here.