An article published February 9 in The Daily Beast titled “What Military Base Shootings Reveal about the Mental Health Debate” examines if better mental health screening can prevent future tragedies from occurring. 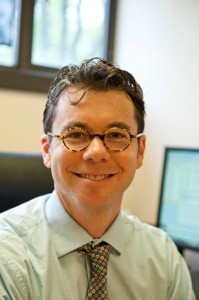 Psychology Associate Professor Jason Schiffman was interviewed for the story and is currently a staff member at Maryland’s Center for Excellence on Early Intervention for Serious Mental Illness. In the article, he argues early treatment for people experiencing symptoms of psychosis and schizophrenia can help prevent them from causing harm to themselves or others.

“Studies show one in 5 people in their early phases of psychosis will have a suicide attempt, which is a really high number,” Schiffman said. He is working with his team of researchers to identify young people with psychosis in order to help them get on a path towards leading a life they want to live.

“They may not have the full symptoms of psychosis, such as delusions, or beliefs held onto tenaciously despite evidence to the contrary. They may not be hearing voices or believe the FBI has planted a microchip in their tooth,” Schiffman explains. “But a lot of times people who eventually develop psychosis have anxiety symptoms early on. They suffer from distress that they can’t exactly explain.”

In the article, Schiffman also points to other countries such as Norway and Australia which dedicate money and resources to reducing stigma associated with mental illness.

“In Norway, mental health concerns are not considered something you have to hide or something that makes you a bad person,” said Schiffman. “In Australia, they approach young people from a community-oriented perspective. Mental health centers are kind of like YMCAs, where young people are playing pool, talking, not stigmatized into hiding who they are.”

You can read the full article in The Daily Beast here.