Following President Trump’s inauguration on January 20, several UMBC faculty weighed in on his first week in office and provided commentary and reaction to a range of domestic and foreign policy issues. 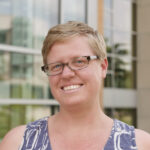 Kate Drabinski, lecturer of gender and women’s studies, attended the Women’s March on January 21 and joined WEAA’s The Marc Steiner Show to discuss how she thought the event could be a starting point for inspiring people who haven’t been involved in the political process before to have their voices heard.

“Solidarity is a practice, not a moment,” she said. “I think what it is for me is an opening, an opening for people who haven’t been involved in politics …I’m really excited about welcoming them in.”

Drabinski also talked about how the Women’s March highlighted the power of local organizing, reflected in different regions across the country.

“We all don’t want the same things. We will never all be on the same page…that is a truth about politics. It is really messy. I hope that we can stay flexible for people to organize…and I’m hoping that the organizing on the local level continues.” 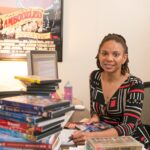 Moffitt was joined on the podcast by Richard Cross, Maryland Republican analyst and speech writer, and they also discussed a range of other topics including President Trump’s cabinet selections and potential future policies.

John Rennie Short, a professor of public policy, was a guest on Radio Sputnik to share his thoughts on how the new administration has vowed to prevent China from taking over territories in international waters in the South China Sea. He argued that it is difficult to predict how President Trump will react because there is no political record to look back on.

“I think for a new president with no government experience, there is a strong sense of making a statement, drawing a line touting their position very early on. And since China is a major power in the world, it is obviously important for the Trump administration to respond to China in the South China Sea,” Short said.

Complete radio segments can be found below: