Three UMBC faculty have been awarded two of 18 new grants announced by the National Science Foundation under the Neural and Cognitive Systems (NCS) program to support multidisciplinary research related to the brain and behavior.

Fow-Sen Choa, professor of computer science and electrical engineering (CSEE), will receive nearly half a million dollars over three years from the NSF to develop technology that will allow very targeted stimulation to be delivered to any area in the brain.

Currently many neural diseases, like Alzheimer’s, schizophrenia, attention-deficit hyperactivity disorder (ADHD), autism have either partial or no treatment. Effective techniques used to treat people with, for example, essential  tremor and Parkinson’s disease are often invasive. Deep brain stimulation, for example, involves implanting small electrodes in the brain and sending out pulses of electrical current. Other treatment techniques are non-specific, unable to target specific areas of the brain where the disease is located.

Choa and his collaborator, Mary Kay Lobo, of the University of Maryland School of Medicine, will work to develop a less-invasive technology for intervention and treatment of brain disorders and diseases.

“We will be able to build critical tools that can noninvasively activate or block any part of the brain, and study their individual roles in functional networks,” said Choa. “We will also be able to explore the full potential of neural modulation for neural disease treatment and alteration of, for example, addictive behaviors.” 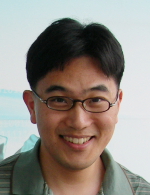 Over the four-year grant, Kim and Adali will use nearly half a million dollars in funding to better understand how individual brains function, specifically how differences from person to person can impact intervention and treatment plans.

“Functional brain networks are like fingerprints. They are unique to each individual,” explains Adali.

The researchers will work to piece together brain activation maps, developed through collecting data on individual human brains while research subjects are at rest. Understanding how the various areas of the brain work is helpful in predicting diseases and disorders that affect the brain, such as addiction. The researchers’ goal is to help doctors make more data-driven treatment plan decisions.

“By letting the data speak, researchers will have a better chance avoiding the pitfalls created by ‘taking their best guesses’,” explains Kim. “This project will be instrumental in developing algorithms and tools that will help researchers and clinicians adopt the data science approach for studying the massive-scale fMRI datasets collectively available across multiple repositories. This work will help them make exciting new discoveries about the human brain.” 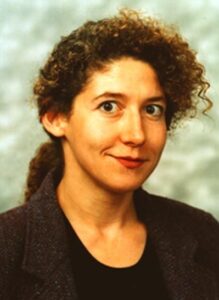 The NCS program was developed to support “bold efforts to go beyond single-discipline research efforts in order to advance brain science.” It is conceived as a piece of the BRAIN Initiative, “a coordinated research effort that seeks to accelerate the development of new neurotechnologies.” UMBC is one of only two universities that received more than one NCS grants in this round of funding.