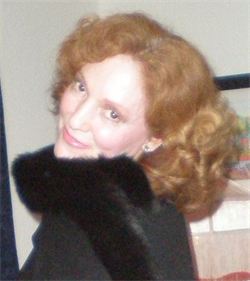 A novel about coming of age in 1970s Baltimore is among the semi-finalists in the Amazon Breakthrough Novel Award, reports alumna author Mary Volkman ’92, English. These Days, her first novel, specifically focuses on “the perils of romanticizing the past,” and is set in Baltimore’s infamous “block.”

Volkman, who writes under the pen name Margo Christie, shared a bit of her story pitch:

Fueled by a passion for golden-era Hollywood and her musician father’s tales of a time when “every hole-in-the wall bar had a band,” 14-year old Becky Shelling dreams of a career in show biz.  When her beloved dad disappears, abandoning her to an abusive step-mother and an indifferent step-sister, Becky is left with an emotional wound that can be soothed only by the attention of Lenny Moss, a smooth-talking married businessman whose nostalgia is limited to a time when men ruled and women knew their place.  Taking Becky to work for him on Baltimore’s World-Famous Block, Lenny inadvertently leads her down a path of self-discovery on a once-stylish, now-decrepit adult entertainment strip where everyone has a tale about “the good old days,” but nothing is quite as it seems.

Volkman is working on a second novel, which she describes as “a moving tale of family secrets, it focuses on a forty-something retired Swing Band singer whose disappearance off the family radar screen in the 1950s intrigues her awestruck 20-something niece into uncovering the seedy truth about her aunt’s supposedly glamorous life.”  Read more about Volkman and her novel here.