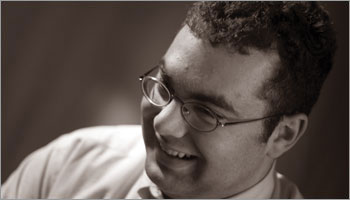 Autism rights activist Ari Ne’eman ’10, political science, was interviewed recently by Al Jazeera about the role of mental illness in the U.S. gun control debate. While still a student at UMBC, Ne’eman co-founded the Autistic Self Advocacy Network (ASAN), an advocacy organization run by and for Autistic adults seeking to increase the representation of Autistic people across society.

In a 2009 interview with UMBC Magazine, then student Ne’eman stated:

“I feel like I’ve set up a good foundation,” says Ne’eman, of both his advocacy and his education. “As long as I stick to my ideals, the core values that I hold, I’ll be able to continue to make a difference. That’s really what I’ve always aimed to do.

That same year, President Obama nominated Ari to the National Council on Disability, a federal agency charged with advising Congress and the President on disability policy issues. Read the UMBC Magazine story here.