Kafui Dzirasa ‘01, chemical engineering, has been named a recipient of the prestigious Presidential Early Career Award for Scientists and Engineers (PECASE). He will be presented with the award during a White House event in spring 2016. This award is the highest honor that the U.S. government presents to science and engineering professionals in the early stages of their research careers.

Dzirasa’s award is funded by the U.S. Department of Health and Human Services.

While he was a student at UMBC, Dzirasa was a Meyerhoff scholar. He is now an assistant professor of psychiatry and behavioral sciences at Duke University, where he received both his MD and his PhD in neurobiology.

Duke’s announcement of this award describes: “Dzirasa’s research uses multiple small electrodes in the brains of mice to measure interactions of genes and environment. Ultimately, he would like to develop a ‘pacemaker’ for the brain to restore neural circuits affecting mood and cognition.”

Learn more about PECASE and this year’s recipients in the White House press release and read about previous PECASE recipient Justin Jacobs ‘14 Ph.D., statistics, who received his award while a graduate student at UMBC.

Update: Dzirasa received his award at the White House on May 5, 2016. A photo from the event is below. Dzirasa is one row behind and two people to the right of President Barack Obama. 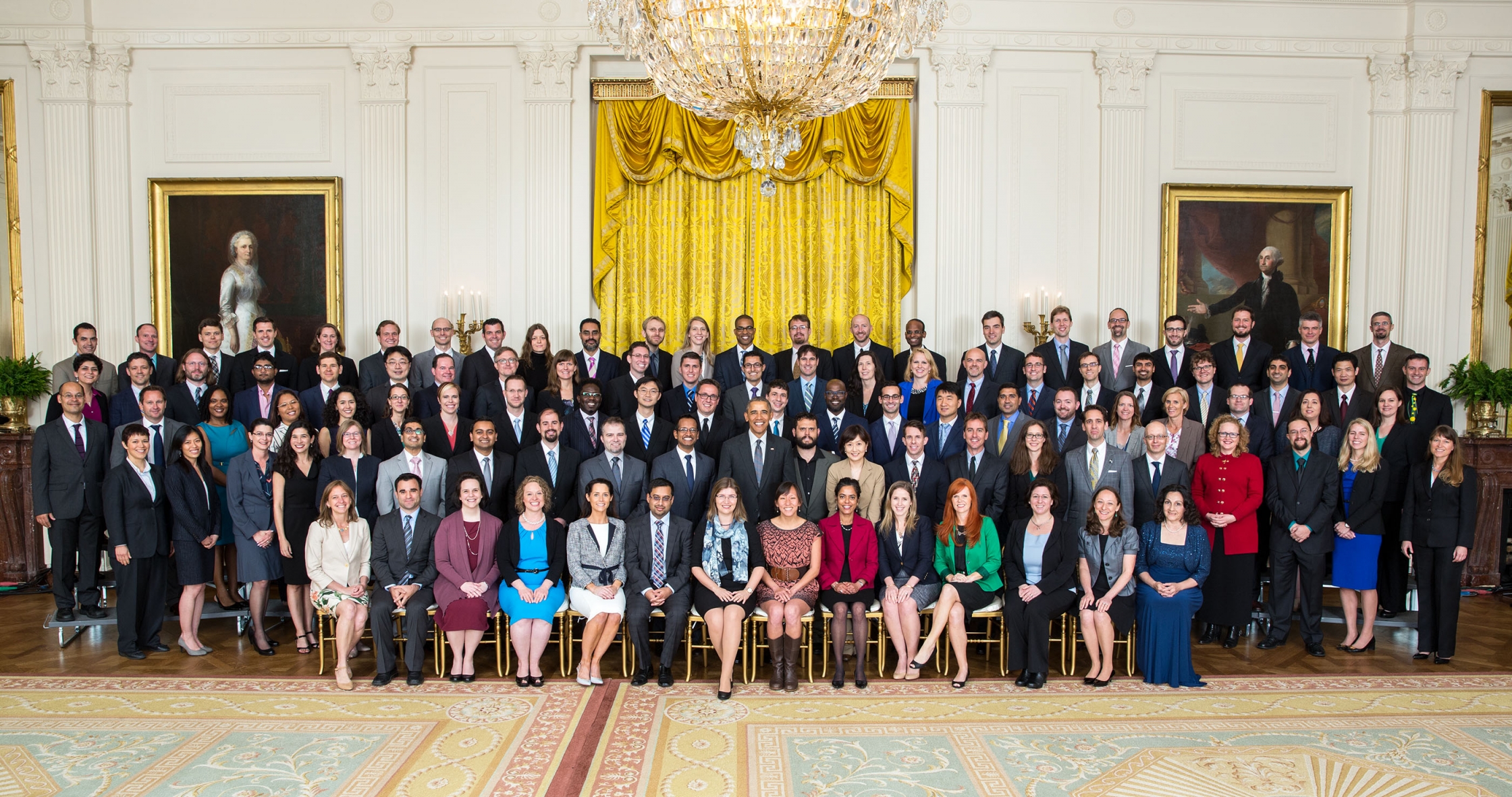