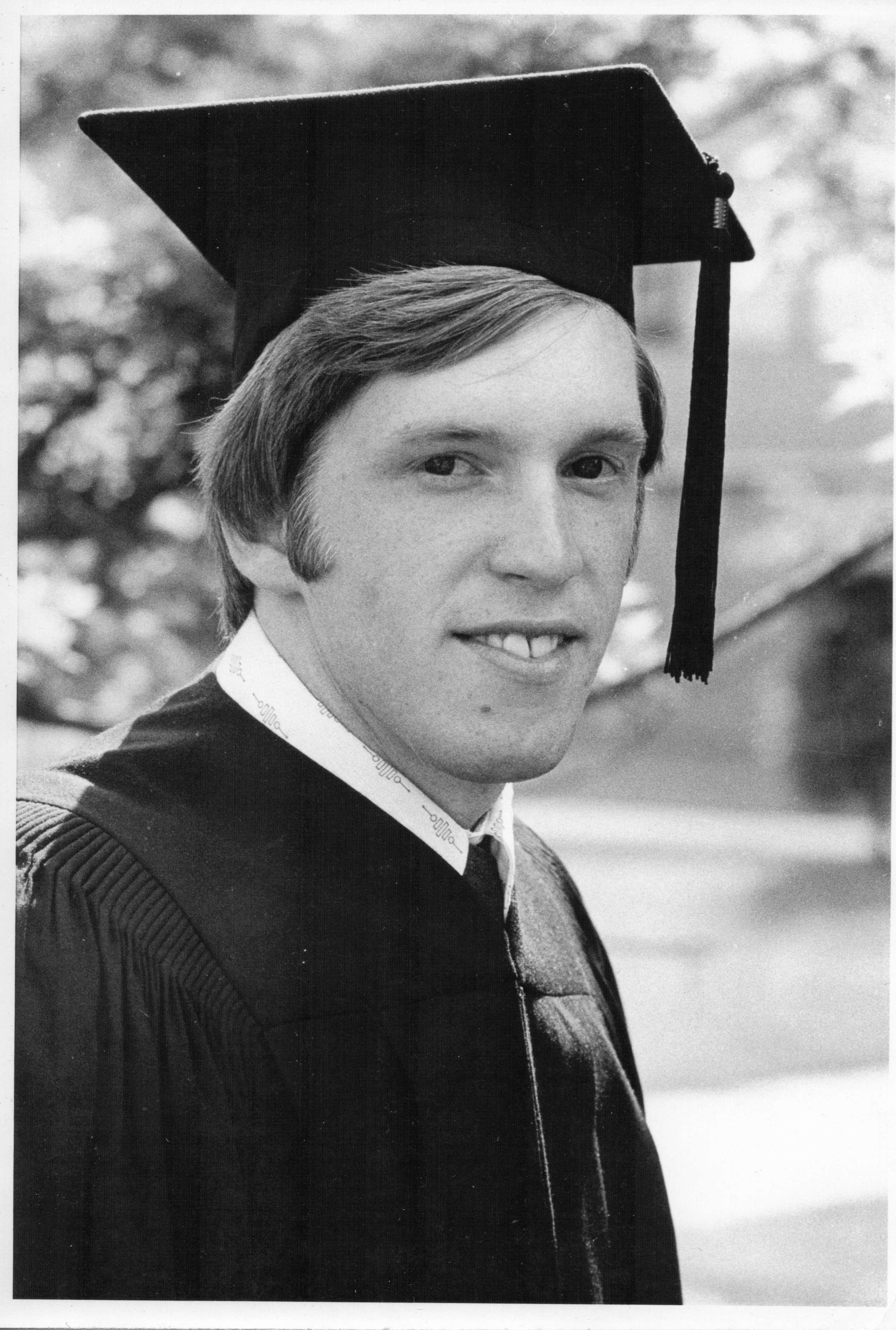 William R. Soltesz ’72, financial economics and mathematics, one of UMBC’s early Student Government Association presidents, passed away on September 13 at his home in New Jersey. He was 62 years old.

Soltesz, who grew up in Catonsville, served as president of the SGA from 1970 to 1971, and “was pivotal in working with faculty and students to keep the university open during a time when many other fledgling universities closed due to student riots and political pressures related to the Vietnam War,” his obituary reports.

Soltesz later received his M.B.A. from Loyola University in Baltimore, and served as vice president or chief financial officer for several Fortune 500 companies, including Alexander and Alexander and Sara Lee’s Shasta Beverages Division in Baltimore. At the time of his passing, Bill had served as the C.F.O. of Budd Van Lines in Somerset, NJ for over 20 years. He served on the Chester Borough (N.J.) Zoning Board and enjoyed swimming, the study of foreign culture and history through extensive world travel, and studying the American Revolutionary and Civil Wars.

Soltesz’s daughter, Tracy Soltesz ’01, political science, recalls that her father was especially touched by the teaching of Dr. John M.Titchener, emeritus professor of philosophy, who worked with Soltesz closely on various SGA initiatives throughout his tenure. Soltesz is also survived by a son, two brothers, and two grandchildren.

Interment will be this Friday, November 9, at 2:30 p.m. at the Lake View Memorial Park, 2724 Liberty Road, Sykesville, MD, 21784. A memorial reception will be held afterwards from 4 to 6 p.m. at The Rumor Mill Fusion Bar & Restaurant at 8069 Tiber Alley, Ellicott City, MD, 21043. Alumni and friends are welcome to attend and share stories. For questions, please email kesrya@gmail.com.