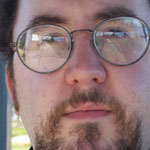 Zombies have been multiplying rapidly in our popular consciousness in recent years. Whether it’s the high drama of AMC’s new television hit The Walking Dead or the high comedy of Seth Grahame-Smith’s Jane Austen parody Pride and Prejudice and Zombies, the dead aren’t just walking, but marching on popular culture. Arnold T. Blumberg ’93, English, thinks a lot about zombies and pop culture. He’s written a book – Zombiemania – about the phenomenon and even teaches a course on zombies in media at the University of Baltimore. (He’s also written widely and taught on other topics in popular culture, including Doctor Who and comic books.) So why are zombies worth a scholar’s attention? Professor Blumberg clues us in:

When you say the word “zombie,” you get predictably strong reactions. We’re more fascinated with all those shambling (or running), undead (or alive), flesh- (or brain-) eating hordes of zombies (or “walkers”… you get the idea) than ever before. They’ve arguably even passed their vampire cousins in the zeitgeist. But why am I teaching a course about them?

For me it began with a VHS box cover in a shadowy corner of the local video rental store in the early ’80s. Anyone of a certain age who was steeped in genre entertainment – especially horror – will remember the skull-faced monstrosity on the box, worms wriggling in one eye socket, and below that nightmarish visage and a chilling tagline (“We are going to eat you!”) one word in bright red letters:

I never actually saw the film back then. Only the cover. But it was enough to convince me that one day I just had to watch that movie. Until then, I contented myself with Night of the Living Dead, Re-Animator and countless other zombie romps that were just one part of my lifetime diet of comics, science fiction and horror entertainment. As the years passed, that box cover image became a standard, worn proudly by the horror fan community on countless black t-shirts. Ol’ Worm-Eye was everywhere. But why?

Step two came in my freshman year at UMBC, when I met fellow pop culture enthusiast Andy Hershberger ’99, American studies. Years later, we wrote an exhaustive guide to zombie cinema, Zombiemania. While working on that book, I realized just how varied and complex the genre truly was. When the opportunity arose to help the University of Baltimore launch its new pop culture minor with a course that could take my interest in zombies to the next level, I jumped – not shambled or shuffled – at the chance.

So why are we fascinated with zombies? On one level, what we’re really asking is why we are so fascinated with death. Zombies are the embodiment of life’s ultimate mystery, the terrifying and inexorable certainty of an end to our existence arriving prematurely to torment and claim us.

But there’s more to it than that. “Zombie” has become an umbrella term that grew out of western culture’s first exposure to the Voudoun traditions of the West Indies and now encompasses a wide range of similar fantasy creatures, living and dead and everything in between. They are one of the most direct and potent reflections of where we are at any given time as a people, as a culture – what we think, feel and fear. They’re our family, our friends, even ourselves.

Today, the zombie tends to embody our fears of terrorism, of the collapse of society following insidious attack from without and within, and the idea of widespread viral infection or contagion. However, the zombie is a constantly evolving symbol that has shown us how we feel about other religious traditions, how we respond to military conflict, and how we address our own natural drive to survive when faced with insurmountable obstacles. As anyone watching the new TV series The Walking Dead can understand, zombies often form the backdrop for an exploration of morality, ethics, racial and gender issues, and other fundamental aspects of our “civilized” society.

And what’s the value of a college course in zombies? In one important respect, zombies are not the point. As educators, it is not just our duty to prepare young people to pursue a trade and build a career. We need to give them the tools they require not just to build computers or cars or homes, but to interpret the torrent of media that bombards them from every direction on a daily basis. Students should become intelligent, informed consumers of that media, rather than allow its often-manipulative messages to shape their identities. If we fail, we will raise generations of passive workers with no ability to think for themselves. And if the process of learning to sift through and analyze those media messages means having some fun as well, where’s the harm in that?

There are people that think I “love” zombies. I don’t really… well, not in that way. I do love Doctor Who, however; ask me about that sometime. And Zombie? I finally saw the movie when I co-wrote Zombiemania, and it’s not the masterpiece some think it is. But it does have a zombie fighting a shark to a draw, and that’s something no other cultural or academic experience can hope to equal.