As several NFL franchises are competing to relocate to the Los Angeles area, Dennis Coates, a professor of economics, argues that facts do not support the claim that professional football would be an economic goldmine for Southern California. Coates wrote an op-ed published in The Orange County Register in which he argued public subsidies for professional sports franchises do not always provide the economic boom that officials hope for. 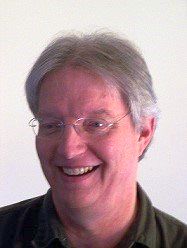 In the column, Coates referenced a study he did with a colleague that was recently updated to examine the economic impact of professional sports teams in major cities across the country: “Our findings were clear: Professional sports had no positive impact on an area’s economy, and actually harmed residents’ per capita incomes,” Coates wrote.

Coates argued that the public should closely examine whether a stadium and professional franchise investment will produce a real return for citizens.

“Now, as then, the data disprove the claim that a city can use stadium and arena construction, or the attraction or retention of a professional sports franchise, to enhance the income of its citizens,” he explained. “In the economics of both sports and public policy, resources are scarce and must be put to their best use. Not all subsidies will make the cut.”