As a child, Lekelia “Kiki” Jenkins ’97, biological sciences, could often be found on a fishing pier on the Chesapeake Bay, dangling a line for fish or chicken-necking for blue crabs with her family.

Today, you’re more apt to find her on a commercial fishing boat in Ecuador as she researches how fishermen can keep from catching protected species such as sea turtles.

It’s a race against time as Jenkins works with fishermen and government regulators to adopt new technologies out on the water. It can take 15 years or longer to come up with a new device to keep sea turtles from being snared by hooks or to prevent dolphins from getting tangled in nets.

“When you’re looking at some of the forecasts of when animals are going to go extinct – like leatherback turtles, which could be a decade before they’re extinct in the Pacific Ocean – then 15 years is too long of a time frame,” said Jenkins, who is now an assistant professor at the University of Washington in Seattle.

Jenkins focuses not only on the mechanics of the devices she’s helping to streamline – called bycatch reduction devices – but also the factors that lead commercial fishermen to adopt them or reject them. In particular, she’s been evaluating barriers that might prevent fishermen in other countries from using the devices that American regulators are pushing.

She blends a touch of the social sciences into biology, understanding not just how the animals behave with the devices, but how the people who use them behave, too.

“It’s really about the people, and the people are having an impact on the environment,” Jenkins said. “What’s going to effect change really starts with humans and why they do what they do, and where there are opportunities to improve that.”

Jenkins also studies how commercial fishermen might switch their fishing gear to different types that are less lethal to protected species – from nets, say, to baited fishing lines. She is also working on recounting historic fishing harvests to better understand how humans have influenced marine life.

Jenkins’ research often takes her out on the water, working alongside commercial fishermen.

“Fishermen are wonderful. They like me, so I’m lucky,” Jenkins says with a laugh. “They are really sweet, very open. They take their time to share.”

Jenkins’ career path was shaped by her mentors at UMBC. A former junior zookeeper at what is now the Maryland Zoo in Baltimore, Jenkins initially considered studying veterinary medicine and endocrinology, so she could work in captive breeding.

But it was in the late UMBC professor of biological sciences Carl Weber’s ecology class that she found her calling.

“I was reading through the textbook, a chapter we weren’t assigned on conservation ecology, and I thought, ‘This is it! This is what I want to do,’” Jenkins recalls.

In addition to Weber, Jenkins credits other UMBC faculty, including associate professor of geography and environmental systems Sandy Parker, senior lecturer in chemistry Mark Perks, and former associate vice provost Teresa Viancour (who let Jenkins into the lab at night to observe electric fish) with helping her understand where her biology training at UMBC could take her.

Jenkins also found a “wonderful oasis” in UMBC’s dance department, where she earned a minor and found a creative outlet in an interest she continues today. In fact, after Jenkins earned her Ph.D. in marine conservation at Duke University in 2006, she choreographed a dance about her dissertation on sea turtles. It won second place in a dance competition sponsored by the American Association for the Advancement of Science.

Jenkins says the arts and science can mesh better than many might think. In fact, art can be used to communicate science to non-scientists.

“What I tell people all the time is that, especially when it comes to the environment, people’s interest in environmental issues are triggered by all sorts of things,” she said. That could be experiences in nature, photography, poetry or literature. It makes sense, she said, to communicate science through those same channels.

“If we as scientists want to deliver information back to stakeholders and people who care about the environment, doing scientific papers is insufficient,” she said.

Jenkins practices what she preaches, writing general-interest articles alongside each of her academic papers. In 2011, for example, she blogged about a research trip to Ecuador for the New York Times.

Jenkins hopes her work – whether with regulators, fishermen or regular folks – can help save vulnerable species.

“I want to make a difference. I want to have a lasting conservation impact,” Jenkins said. “When I did my dissertation, I said to my advisor: ‘I want to do work that someone’s going to use. It’s not going to sit on a shelf.’” 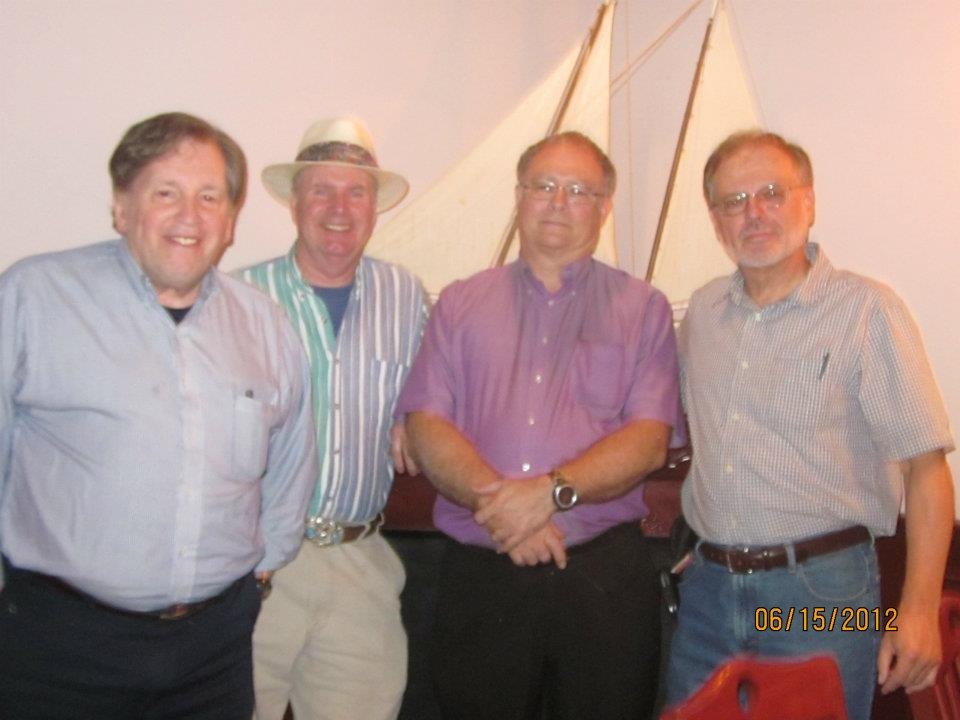