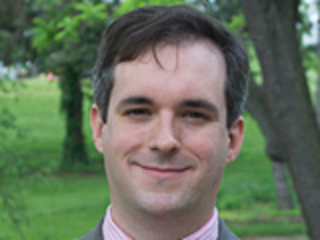 Dr. Michael Carlin, Associate VP and Deputy CIO at UMBC, has been named Vice Chancellor for Information Technology and Chief Information Officer at the University of North Carolina at Charlotte.

Carlin has been with UMBC since 1996, starting as a student employee and then hired full-time as a desktop support and help desk technician in 1997. Over the years, he’s taken on a variety of roles and projects: he oversaw DoIT’s continuity of operations following power outages, took the lead on support of the Columbus Center, served as the DoIT liaison for the 2010 IT Restructuring Report and led UMBC’s Google Apps deployment.

From the DoIT announcement about Carlin’s departure:

“Mike is also a UMBC success story. While working full-time he completed both his Masters and Ph.D. in Information Systems and ultimately married his UMBC Organic Chemistry Lab partner Cherisse Carlin (Lewis), who also completed her Ph.D. in Language, Literacy and Culture.”