Congratulations to these UMBC alums whose accomplishments have been recognized both inside and outside of UMBC. Take a moment to read what they have been up to!

The Kennedy Center recently hosted a benefit performance called “After the Storm” in support of the survivors of typhoon Haiyan, the strongest recorded typhoon to ever hit the Philippines. Gretchen Quipeles ‘14, health administration and public policy, attended the event and praised its success. “It’s exciting to see the Filipino community come together in that one room seeing a great act, raising money for typhoon Haiyan,” she told Inquirer.net. Read the full story here.

While Prince George’s county may not be known for academic success, Dr. Hrabowski and Donald Richardson ‘14, mathematics, discussed how engaging students in a cooperative community provides a supportive background for black students. “[UMBC] was a big transition from public school, where everybody was trying to make it on their own,” said Richardson to The Washington Post. Find more here. 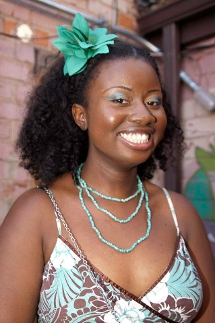 Kyla McMullen ‘05, computer science, the first African-American woman to earn a Ph.D. from the University of Michigan in computer science, knew there was something missing from a Business Insider list of the 50 sexiest scientists when she noticed no African-American women were featured. “If the current generation is going to be engaged in scientific careers, we need to dispel the stereotypical image of a scientist as being a white, glasses wearing, socially-inept nerd,” said McMullen in one of her articles. “Business Insider went one step in this direction, but not far enough.” She decided to fill this void by creating her own list of sexy, black, female scientists. You can find it on her website.

After an operation left a friend’s dad $40,000 in debt, Ethan Steininger ‘14, health administration and policy, started a website called Compared Care. It allows users to compare the prices of medical professionals based on what the patient is looking for before having the exam or operation. “You don’t know what you’re getting [charged] until after you get it,” said Steininger to Technical.ly Baltimore, and his website is made to help users find the best medical attention they can afford. Read more here.