The Baroque Hurdy Gurdy at the French Royal Court 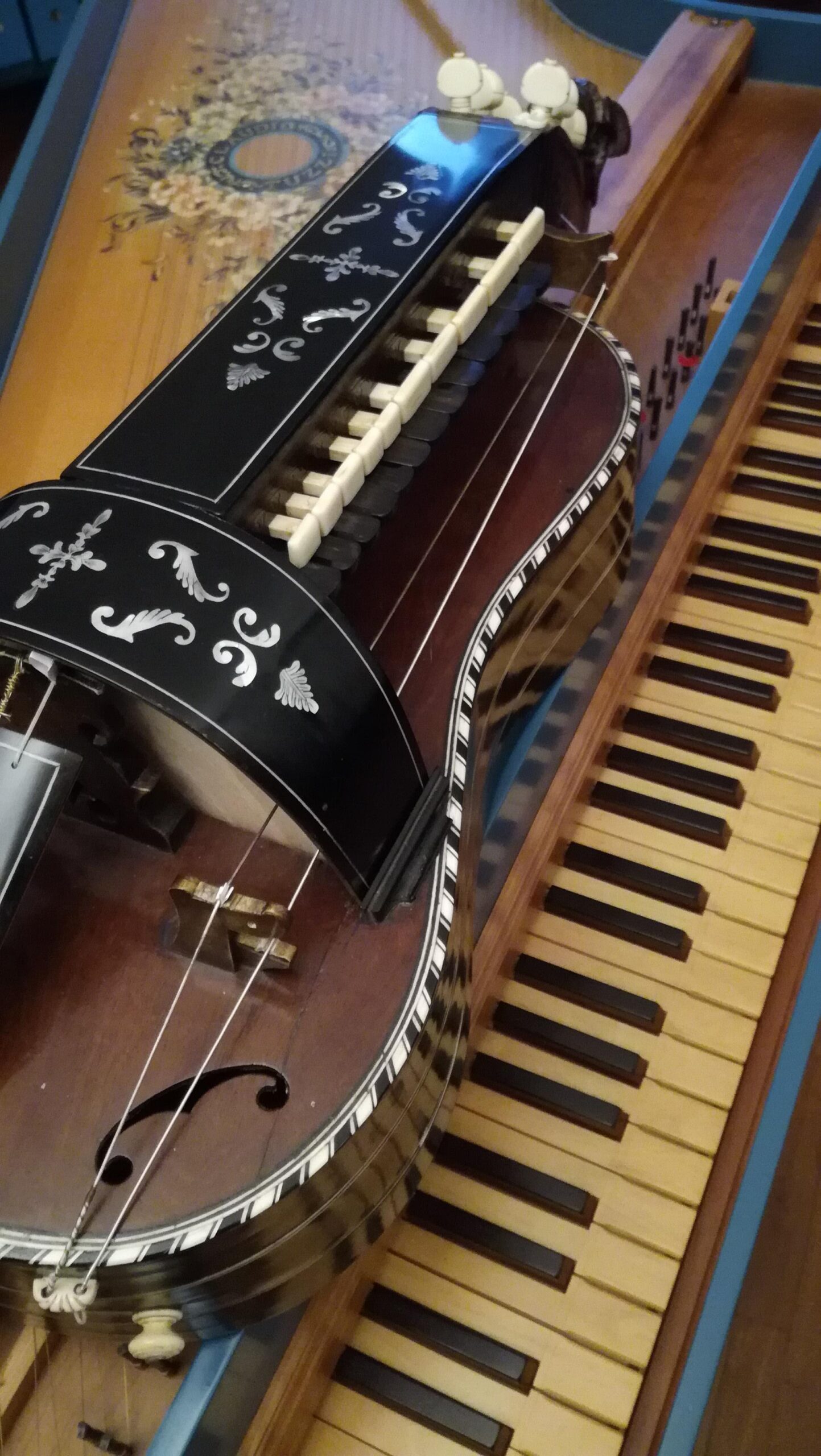 Now an infrequently heard instrument, the hurdy gurdy enjoyed a golden age from 1720 to 1770. It was in favor with nobility and royalty, and especially at the French court, where it was played by Queen Marie Leszcynska (wife of Louis XV) and her daughter Princess Adelaïde. The instrument became important to the aristocracy since, together with the ‘musette du court’ (a bellows blown bagpipe), it embodied the idea of pastoral music and the myth of Arcadia. The popularity it obtained was such that French compositions for hurdy gurdy outnumbered those for violins, and builders adapted old guitars, lutes and theorbo bodies into hurdy gurdies in order to satisfy the high demand for instruments.

The hurdy gurdy is a bowed instrument. Unlike the violin, which is from the same family, the hurdy gurdy doesn’t have a straight bow to play the strings but a round one, the wooden wheel, fitted inside the body and controlled with a crank on the right side of it. Among modern or old instruments, the hurdy gurdy stands as a unique case of multiple sounds combinations: it can produce simultaneously a melody, some accompaniment notes and a rhythmical base.

For this event, please join us in Earl and Darielle Linehan Concert Hall, an easy destination to visit with plenty of convenient free parking. Please visit here for directions and parking information.